Shares
Anyone blessed to live in an area with heavy snowfalls and winter weather knows the dangers that come along with the climate. 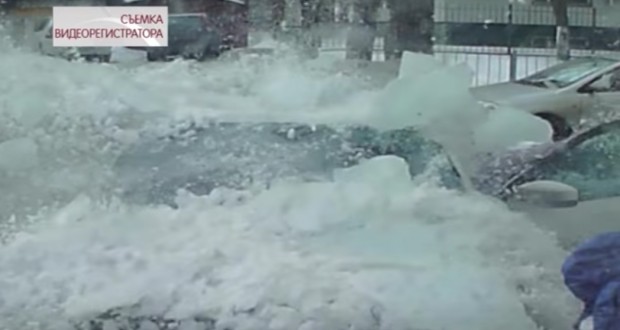 A camera captured two extremely lucky men narrowly avoiding a huge chunk of ice that fell onto their vehicle as they were exiting, Joinfo.com reports with reference to Mashable.

Just a moment before the impact, the two look up, likely because they were warned or could hear the ice as it started to slide off the roof.

The car sustained the majority of the impact and it appears as if both men escaped without any major injuries. We just hope they had “ice falling from the sky” coverage on their insurance.

Watch it in a video below: