Five beauty hacks to make you look twice as attractive 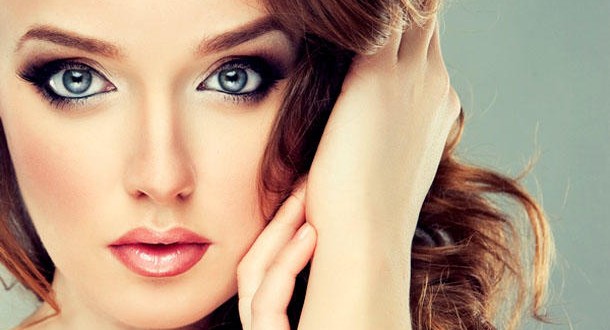 Most women know that makeup has the power to totally transform their look and confidence. But, according to experts, there’s five specific beauty tricks every lady can employ to instantly make themselves twice as attractive in seconds, Joinfo.com reports with reference to Daily Mail Online.

From making your eyes appear larger to the perfect red hue of lipstick, Byrdie.com has rounded up the scientifically-backed beauty hacks guaranteed to make you look better.

1. Create a contrast between your eyes and skin:

According to experts at Psychology Today, a ‘pronounced contrast between the eye area and the skin’ is a symbol of beauty.

You can get the look yourself by using a soft brown or taupe shadow on your eyelids. It’s perfect for day to night and won’t be too jarring.

Professor Kang Lee of the University of Toronto found that larger eyes are deemed as more attractive in a woman. Why? Because they make us appear more youthful.

To make eyes appear bigger, ensure they’re well groomed with no strays before grooming them. Celebrity make-up artist Melissa Sophia told FEMAIL that the best part of the brow to define is the underneath of the brow not the top of it.

She explained: ‘Instead of using a gel all through the brow, which can make the brows look heavy and clogged up, use a tinted brow product like the Bardou booster brow which glides on and can build the colour up accordingly and binds with the natural fibres in your brows to stay on without get and looking natural.’

Then use a thick coat of concealer under your eyes to hide bags, and apply a tiny line of black liquid liner along the base of your upper lashes and lashings of black mascara on lashes.

3. Apply a slick of red lipstick:

From the Suffragettes and Marilyn Monroe to Rita Ora and Rihanna, red lipstick has been used by women for decades as a means of attracting attention. And now it has been revealed that wearing rouge really does makes women feel more confident.

In psychological terms, red is associated with warmth, positive energy, and motivation, with studies finding that red is the colour which excites our emotions, as well as triggering feelings strength and ambition.

Scientists at the University of Manchester found that red lipstick draws attention to the mouth, most notably from the opposite sex.

It has been found that whiter eyes are perceived as more alluring. You can cheat the look by making your lashes extra dark with extra coats of mascara.

A 2010 survey published in Dermatologic Surgery revealed that men and women find tanned individuals much more attractive so plump for a golden St Tropez glow to garner more attention.