Storm Chasers Unite to Give Bill Paxton an Epic Tribute

Shares
Storm chasers combined forces this afternoon to pay tribute to a man who put them on the map by literally putting his initials on their maps. 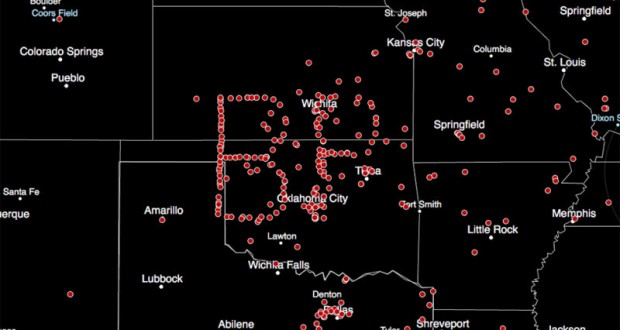 Hundreds of professionals and enthusiasts are checking in to form the letters “BP” with their GPS coordinates, Joinfo.com reports with reference to Gizmodo.

Paxton reportedly died on Saturday due to complications following heart surgery. He was just 61-years-old.

Like Paxton’s character in the 1996 blockbuster Twister, storm chasers grabbed their gear and hit the road to mark the coordinates that would draw out an epic tribute to the prolific actor.

It was a small thank you to the actor who considerably raised the national profile of storm chasers when he played one in Twister. While Paxton had spent years playing supporting characters in films like Apollo 13, Near Dark and Aliens, it was Twister that made him a household name.

Just before his death, Paxton was set to reprise his role as Master Sergeant Farell in an upcoming sequel to Edge of Tomorrow. The director of that film, Doug Liman, spoke to the New York Daily News today. He said Paxton was in great spirits recently, “Even facing major surgery, his optimism for the future was infectious.”

Unfortunately, Paxton won’t be coming back. But the audience has his previous roles, the storm chasers have his inspiration and those who knew him remember him fondly. “Bill Paxton could play any role, but he was best at being Bill – a great human being with a huge heart. My thoughts are with his family,” Arnold Schwarzenegger tweeted.

You can see how the mapping tribute is shaping up below:

Folks are getting their dots into position pic.twitter.com/vnq9rZNKY9

It just keeps getting better! Hundreds of storm chasers honoring Bill Paxton in KS and OK. Each dot is one person’s GPS. #RIPBillPaxton pic.twitter.com/z14XQ9msPR