Home / Life / Study Explains Why People Are Left- Or Right-Handed

Study Explains Why People Are Left- Or Right-Handed

Shares
Most of us are right-handed, but a fair few happen to be left-handed. Is it just something we learn to have a preference for over time, or is it something to do with our neurological wiring from birth? 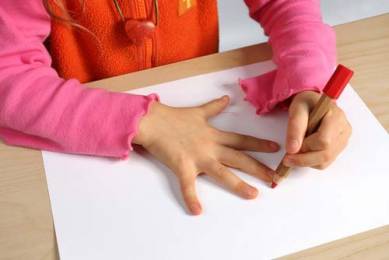 According to a brand new study in the journal eLife, however, it is definitively nothing to do with our brains or our neurological development. In a rather satisfying plot twist, it seems that your left- or right-handedness is actually ingrained in your biological workings from before you were born, but in the form of a particular hubbub of gene activity in the spine, not the brain.

“Our data suggest a spinal, not a cortical, beginning of hemispheric asymmetries,” the team announced in their paper.

A team of researchers from Germany, the Netherlands and South Africa – led by biophysicists at Ruhr University Bochum – have been carefully monitoring the gene expression taking place within the developing spinal cords of growing babies inside the womb, between the eighth and twelfth weeks of pregnancy.

It’s long been assumed that gene activity in the brain, depending on which hemisphere shows the most activity, defines whether or not someone is right- or left-handed. However, based on activity in these proto-spinal cords, it seems that there’s some asymmetry going on there that’s never before been detected.

This newly discovered activity is taking place long before the part of the brain responsible for movement – the motor cortex – is actually “wired up” to the spine. It appears to be centered on parts of the spine responsible for transmitting electrical impulses to the hands, arms, legs, and feet, and this asymmetry defines whether a person writes with their right or left hand.

Moreover, the team actually found out what was causing this symmetry. As it so happens, it’s not influenced by regular, inherited genetic mutations or traits, but by environmental factors – influences that are affecting the baby as it grows in the womb.

Although it’s not yet clear what these environmental (“epigenetic”) factors could be, it is possible that they alter how enzymes operate around the developing baby, which in turn changes how their genes are able to express themselves. This, consequently, influences the asymmetry of gene activity present within the spine.