Home / Life / Who gets the dog in the divorce?

Who gets the dog in the divorce?

Shares
When a breakup is imminent it's time to divvy up assets. But a question lingers: Who gets the pets? 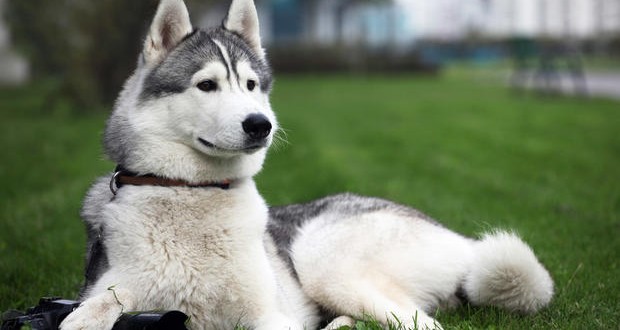 While pets have historically been treated as property in the eyes of the law, that’s starting to change, Joinfo.com reports with reference to Stuff.

Earlier this year, a new law went into effect in Alaska, US, requiring courts to take an animal’s well-being into consideration in the event of a divorce. It also allows judges to assign joint custody of pets. A Rhode Island lawmaker introduced a similar bill in late February.

It’s rare for couples who adopt a pet together to plan for their furry friend’s future if the relationship goes south.

“I have seen one couple include pets in a prenuptial agreement in my 26 years of practice,” says Anita Ventrelli, a senior partner at Chicago-based family law firm Schiller, DuCanto & Fleck.

Tricia Goostree, founder and managing partner of Illinois-based law firm Goostree Law Group, says she has never had a couple raise it as part of prenup negotiations, in part because it’s rare that couples adopt a pet together before marriage.

Usually, she says, one party brings the pet into the relationship, so the pet is considered that person’s nonmarital property.

“In our practice, typically one party retains the pet,” Goostree says. “In certain circumstances, people establish a schedule to visit with their pets or even provide for how the pet will be cared for financially following a divorce.”

But what if you never make it to the altar?

When her then-boyfriend bought her a Yorkie-poodle mix about a year ago, Kristen Gargiulo remembers thinking at the time that it was a bit too much too soon.

“I thought it was a little premature, but it’s hard to tell a serious boyfriend that getting a dog is premature,” she says. “A couple months later, he moved in, so obviously we were serious enough for him to move in, and then a couple months after him moving in, we got engaged.”

But even the best laid plans can go awry.

Gargiulo and her fiance wound up breaking up in mid-2016, and she’s been taking care of the dog, Kodi, since. She says her ex has moved out of state, and now she’s debating whether to keep the dog or give it to his parents, who have offered to take Kodi in.

“I don’t think I can ever see him (her ex) ever again, so sharing the dog would be too hard for me,” she says. “I feel conflicted because of my job, because of the financial responsibility, because of having an ex’s dog in the house for the next 12 years versus giving the dog to his parents. I give up a lot of things for this dog. You make financial sacrifices, social sacrifices, and throughout this thing, it became I’m doing this because I really care about this dog (rather) than (it’s) a chore.”

Kim Carr had it slightly easier.

Carr and her ex bought a house together and adopted a dog. Then a couple of years later, they adopted a second dog.

But a year or two after adopting the second dog, the couple realised that while their love for their dogs was forever, their love for each other was not.

The two decided to go their separate ways in what Carr describes as a fairly amicable breakup.

The couple’s first dog – and the house – wound up staying with her ex, and Carr says she was fine with that.

“The first dog was definitely both of our favourite, but I also knew there was no way that he was going to part with her, and that was OK,” she says. “Because there were two dogs, we knew that neither of us wanted to take both of them on, so the natural thought was, ‘We’ll just split them up, and I’ll take one dog, and he’ll take the other.’ I definitely still miss that dog, but you just kind of knew that he was not leaving that relationship without that dog.”

Carr, who has since gotten married to a different man, says she and her husband eventually do want to get a dog at some point. But, what happens if they were to get a dog and then subsequently get divorced?

“We have not talked about that, ironically,” she says. “I guess maybe because last time it was a serious relationship and not married. You just think that marriage is more permanent, even in today’s society.”

So, what should nonmarried couples who are thinking about adopting a pet together do beforehand?

Carr says that even though it may be unpleasant to think about, make sure there’s a plan in place, so the dog is taken care of, just in case the romance doesn’t work out in the long run.

“If you’re going to get a dog together, only put one person’s name on the paperwork,” she says. “That just makes it very clear-cut and dry if you’re to break up who has ownership.”

But even with that safeguard in place, don’t discount the power of emotion.

“It could be that one person wants it initially and the other person falls in love and can’t let go,” she said.