Shares
Amal Clooney is pregnant with twins and it looks like it is finally starting to show. 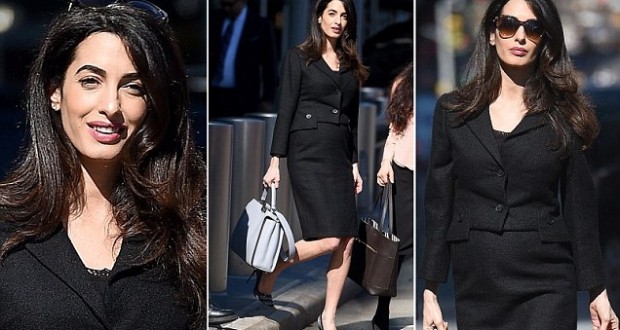 The 39-year-old Human Rights lawyer Amal Clooney had a noticeable baby bump while heading to address the United Nations in New York City on Wednesday, Joinfo.com reports with reference to Mail Online.

She rocked a clinging black skirt suit for the occasion as her growing belly could be seen through the business chic look. Her due date is believed to be in the summer.

The wife of George Clooney teamed the two piece with a pair of black and silver heels featuring a glittered detailing.

Amal accessorized the look with a grey designer bag along with large black shades.

Her raven-colored locks were worn down flowing over her shoulders as she accentuated her natural looks with a swipe of pink lip.

It remains unclear why she was heading to the UN but no doubt it has to do with International Women’s Day as the day of awareness has been highly-publicized.

Speaking of attention, she recently said that her marriage with 55-year-old George Clooney is a ‘really good thing’ as it can actually help her cases due to the ‘extra publicity.’

She said during an appearance on the BBC program News At Six: ‘I mean, there’s lot of my work that takes place behind closed doors that is not ever seen.

‘I think if there are more people who now understand what’s happening about the Yazidis and ISIS, and if there can be some action that results from that, that can help those clients, then I think it’s a really good thing to give that case the extra publicity that it may get.’ 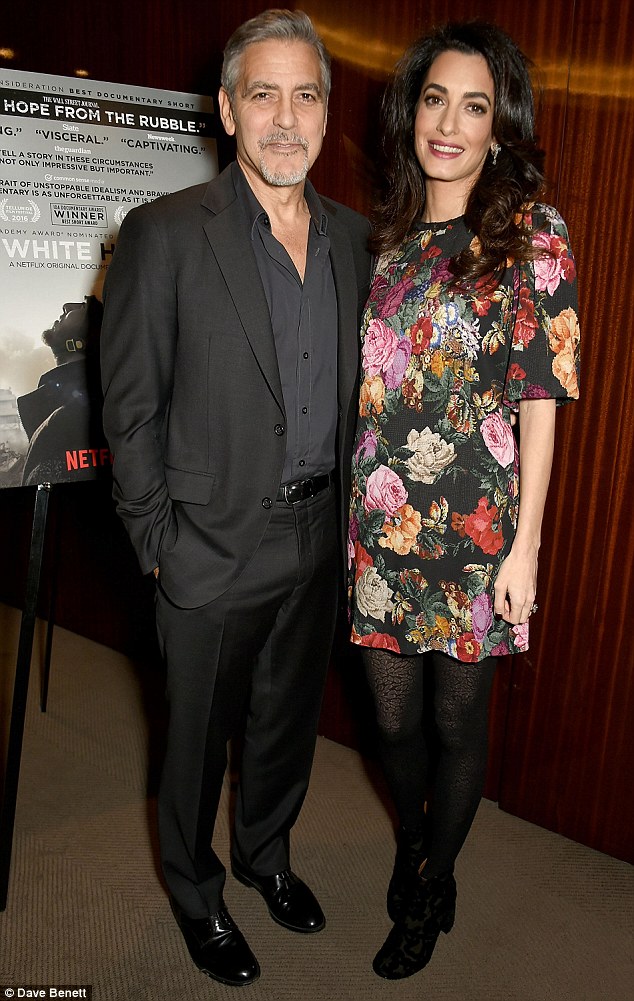