Shares
Mark Zuckerberg and Dr. Priscilla Chan are going to be parents again! 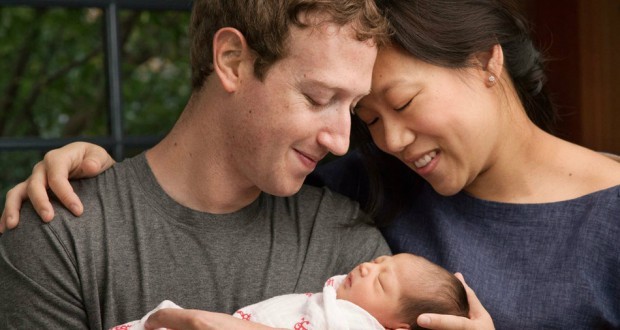 The Facebook CEO announced Thursday on the popular social media site that he and his wife, a pediatrician, are going to welcome a sibling for their 15-month-old daughter Maxima “Max” this year, Joinfo.com reports with reference to People.

“Priscilla and I are happy to share we’re expecting another baby girl!” the post reads from Zuckerberg, 32, accompanied by childhood photos of himself and Chan. “After our difficult experience having Max, we weren’t sure what to expect or whether we’d be able to have another child. When Priscilla and I first found out she was pregnant again, our first hope was that the child would be healthy.”

“My next hope was that it would be a girl,” the post continues. “I cannot think of a greater gift than having a sister and I’m so happy Max and our new child will have each other.”

Chan, 32, and Zuckerberg were married at their Palo Alto, California, home in 2012. Since then, they’ve been open about the challenges they’ve faced on the journey to becoming parents.

“Sharing our experience with pregnancy was incredibly important because we realized how challenging and difficult that was and there are really dark moments where you think you’re alone,” Chan said in a September interview with Today’s Savannah Guthrie, who just welcomed a baby boy.

“We realized that we weren’t and that there were other people traveling along the same road with you. I think having that, knowing that you’re not alone, was incredibly important for us. And we wanted others to know that they weren’t alone either.”