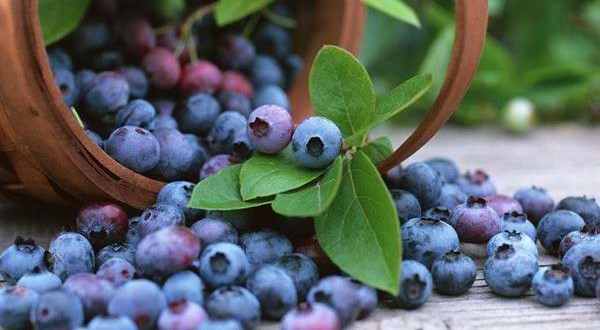 Blueberries are already considered a super-food. But now it seems that blueberries may have another brilliant benefit – by blocking the cause of so-called baby blues, Joinfo.com reports with reference to Mail Online.

A new study found that the fruit’s amino acids, tryptophan and tyrosine, can compensate for the surge in a protein after giving birth, which cuts the level of ‘feel-good hormones’ in the brain.

Scientists at the Centre for Addiction and Mental Health (CAMH) in Toronto found on day five after giving birth, when post-natal blues peak, women taking the supplements suffered no drop in mood.

But those who did not take them had a significant increase in their depression test scores.

The study of 41 women is published in the journal Proceedings of the National Academy of Sciences.

Lead author Dr Jeffrey Meyer, who heads the neuroimaging program in mood and anxiety at CAMH, said: ‘We believe this is the first study to show such a strong, beneficial effect of an intervention in reducing the baby blues at a time when post-partum sadness peaks.

‘Postpartum blues are common and usually resolve 10 days after giving birth, but when they are intense, the risk of postpartum depression increases four-fold.’

Postnatal depression, also known as postpartum depression, affects more than one in every five new mothers and usually starts within the first month of after childbirth – though it can appear any time in the first year.

Many women do not realize they have it because it can develop gradually and often goes undetected and untreated.

Researchers from the University of Exeter discovered that compounds within the fruit help to increase blood flow to the brain, allowing it to get high levels of oxygen and thus function better.

Just a daily dose of 30ml is enough to reap the benefits, they claimed.