Shares
Angelina and her six children touched down in Los Angeles, California, from London on Friday night. 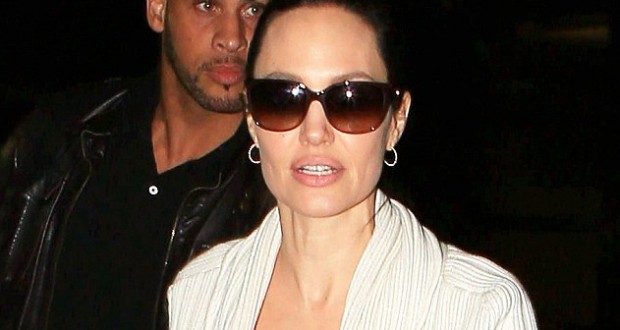 The 41-year-old was escorted through arrivals by her oldest daughter Zahara as Vivienne and Know trotted along beside her while Maddox and Pax happily brought up the rear, Joinfo.com reports with reference to Daily Mail Online.

Shiloh was obviously tired from the long trip with the 10-year-old not seeming as bubbly as the rest of the children, hiding under a big hooded sweatshop. 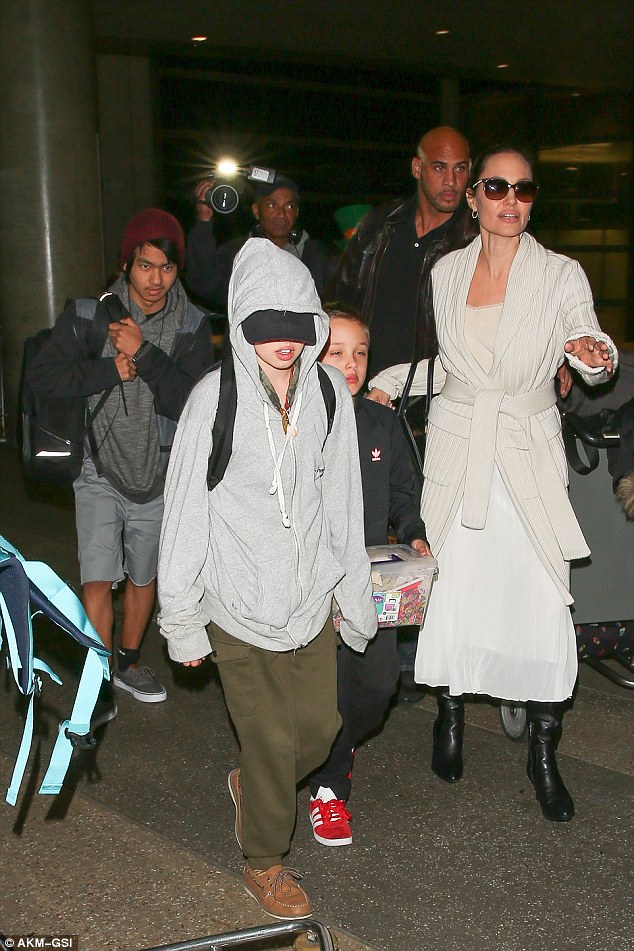 The rest near skipped to their waiting car, with Angelina struggling to keep up at one point.

The children are frequent flyers so Knox – who looks more and more like his father Brad Pitt everyday – was prepared for the flight bringing a big box of activities for everyone to do. 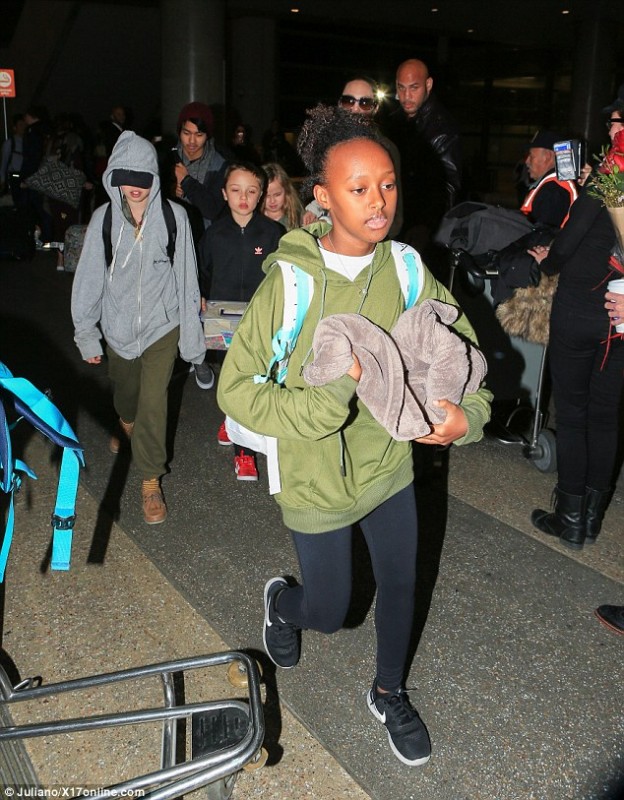 The eight-year-old seems particularly into loom bands which you can make friendship bracelets from. 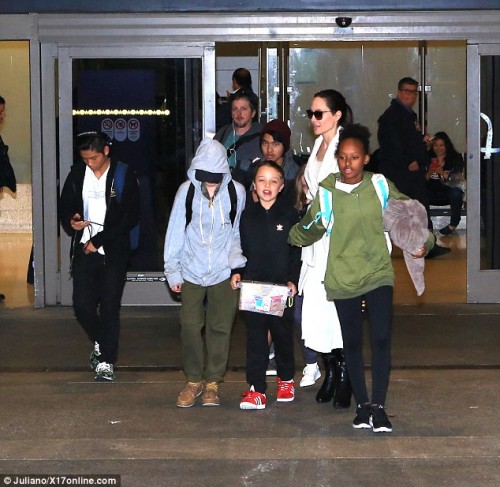 His twin sister carried two stuffed animals, who she hugged tight as they made their way through the airport.

For their flight, Angelina wore a white over-the-knee skirt with an off-white camisole. 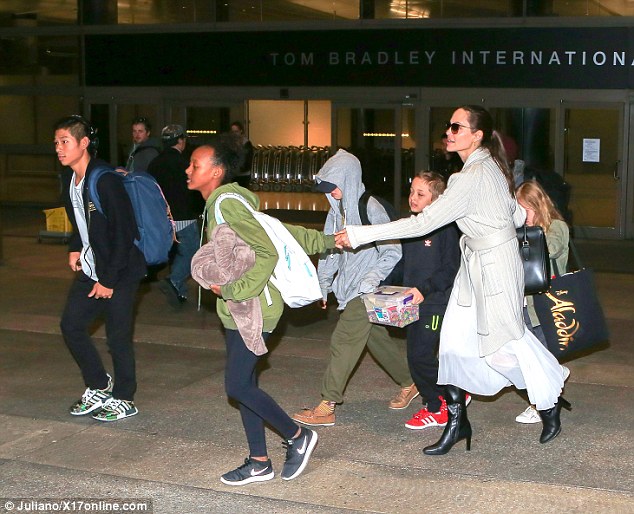 As Los Angeles is still a little chilly at night, Angelina wore a long trench-like cardigan over the top.

She added: ‘There is no shortcut to peace and security… I am a proud American and I am an internationalist.’

On Tuesday evening, Angelina was joined by her son Maddox as they visited Buckingham Palace  after she accepted a new role as professor in practice of London School of Economics.

Prior to flying out of London, Angelina also sat down with the Archbishop of Canterbury, Justin Welby.

On the home front Angelina and her estranged husband Brad have appeared to bury the hatchet following their split in September.

The pair had been together for 12 years and married for two.

Angelina has spoken of how ‘wonderful’ actor Brad is as a father to their six children.