Shares
Anyone who owns a cat knows that they are wonderful, caring, fantastic beasts. 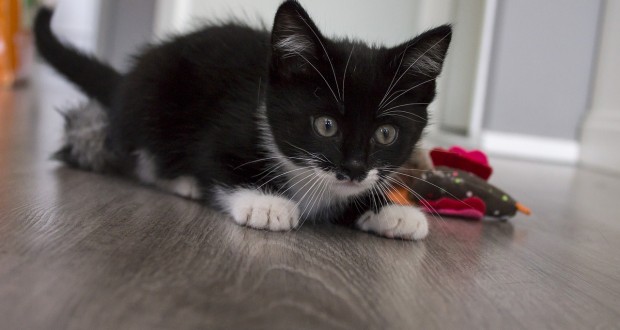 You come back from work and there they are, ready to rub against your ankles. Sit on the sofa and they’ll be by your side purring like a vibrating hot water bottle. Go to bed and you’ll wake up with your feline friend stretched out alongside you ready for morning belly rubs. It’s only people who don’t own cats who think that they’re standoffish.

Just because they don’t make fools of themselves like silly dogs, doesn’t mean that they aren’t the sweetest of critters.

And scientists have confirmed that fact, according to Metro.

So that already makes them nicer than 99% of humans.

In a study published in Behavioural Processes, researchers applied cognitive tests that have already been tried out on dogs and tortoises. They took 50 cats from people’s homes and a cat shelter and left them without food, toys and people for a few hours.

They then presented them with different stimuli associated with each of those things. While there was little difference between the cats that came from homes and the shelter cats, scientists found that almost all of them preferred human socialisation to any of the other stimuli on offer.

Only 37% preferred food to human interaction.

‘While it has been suggested that cat sociality exists on a continuum, perhaps skewed toward independency, we have found that 50% of cats tested preferred interaction with the social stimulus even though they had a direct choice between social interaction with a human and their other most preferred stimuli from the three other stimulus categories,’ the study concluded.

‘Nonetheless, it is still common belief that cats are not especially sociable or trainable. This disconnect may be due, in part, to a lack of knowledge of what stimuli cats prefer, and thus may be most motivated to work for.’

And sure, 50 cats might not be a massive sample but just ask any cat owner and they’ll corroborate the findings.

TL;DR cats are loving creatures who just want to be petted.