Shares
Chefs have known for years that bright colours such as yellow and red combined with harsh lighting will cause you order more, and eat quickly. Conversely, dim lighting and soft music means you'll linger longer over your meal, but consume less. 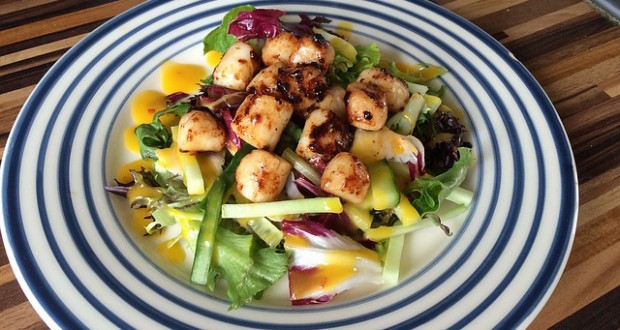 Dr Brian Wansink, director of Cornell University’s Food & Brand Lab in the US, and author of Slim by Design: Mindless Eating Solutions for Everyday Life (HarperCollins) agrees that the colours of our walls, plates, settings and lighting, can influence on how much we eat, and even what we eat, Joinfo.com reports with reference to Body And Soul.

“For a long time it’s been believed that colours excite or inhibit what people eat,” he says. “There’s no one colour of plate which causes people to eat less, but rather, it’s influenced by the colour of the food you eat.” This is because there needs to be a contrast between the food and the plate it’s served on, he explains. For instance, serving white carbohydrates on a dark plate highlights the colour difference and makes you aware of your portion size. “Without a contrast between the two, you’ll eat 18 per cent more,” he adds.

Changing the colour of your plates and bowls can help you take control of your portion sizes. “Adults eat 92 per cent of anything they serve themselves, so if you serve yourself a lot, you’ll eat a lot,” Wansink says. 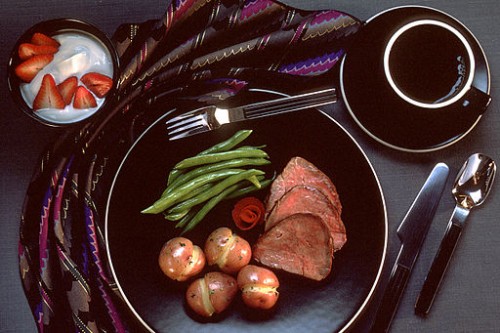 The Journal of Nutrition reports that portion sizes have increased 138 per cent since the 1970s and a major contributor to our obesity problem. In Australia, it’s estimated that 67 per cent of men and 52 per cent of women are obese, largely due to over-consumption of kilojoules.

We asked Wansink changes we can make to take control of our eating habits.

Eat more mindfully and use a pink plate

If you eat too fast, you’re more likely to overeat or not realise that you’re full, but if you eat “mindfully” – that is, slowly and more thoughtfully – you’re more likely to make better food choices, which can lead to weight loss, according to studies cited by Harvard Medical School in the US. He suggests using a plate in a calming colour such as pale pink or grey, which will make you more likely to slow down and pay attention to your meal and environment.

Cut down on carbs by serving white on blue

Accredited practicing dietitian, Jenna Obeid says you shouldn’t cut out carbs entirely as they’re a crucial part of a balanced diet, but adds that “it’s important to monitor our portions – a quarter of your plate is an ideal portion”. Wansink says:

“If you tend to overeat carbs, don’t put these meals on white plates. Try red, navy or black instead.”

The small bowl/small portion theory is a myth, according to researchers at the University of Liverpool in the UK. After conducting an experiment using popcorn, they said, “If anything, participants ate more when using a smaller bowl.” They say a smaller dish means you’re more likely to go back for seconds.

Stop snacking by wrapping your treats in foil

Around 96 per cent of Aussies snack between meals, according to a 2014 Nielsen survey. The wrong snacks (such as those high in sugar) or too large a portion, can lead to weight gain. “If there’s anything you want to save for your ‘treat day’, or leftovers, wrap it in foil,” Wansink says. “This way you won’t be visually tempted.”

The George Institute of Global Health in Sydney has found that half of Aussies eat more than double the recommended daily amount of sugar, with an average of 60g a day; the World Health Organisation advises cutting your intake to 25g.

“Serve sweets such as vanilla ice-cream in a dark-coloured bowl, or chocolate ice-cream in a white bowl,” says Wansink. “The higher the contrast, the smaller size portion you’ll be likely to have.”