Shares
Paris Jackson is concerned for her younger brother, 15-year-old Blanket, as he is "essentially living alone" on the Jackson family estate 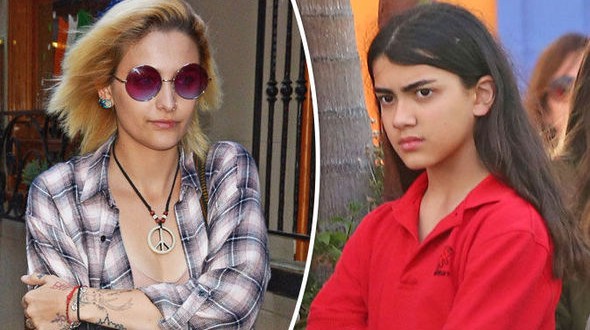 According to Daily Express, the 19-year-old model has expressed fears over the welfare of Michael Jr, commonly known as Blanket, as he has been living at the Calabasas properly for an extended period of time without his grandmother and guardian, Katherine Jackson, 86.

The reports says that Blanket “is essentially living alone without the guardian Michael Jackson wanted in the event he died”.

However, Blanket’s other guardian, cousin Tito Joe Jackson, 38, is thought to be splitting supervisory duties with his wife Frances.

The report claims that Katherine has left the mansion to recuperate with her eldest daughter, Rebbie, 66, after she spent two months in London where she is thought to have undergone medical treatments.

Insiders said that Paris accused Rebbie of keeping Katherine from her grandchildren and that the matriarch hasn’t spoken to her, Blanket, their 20-year-old old brother Prince or TJ since she returned from the UK. 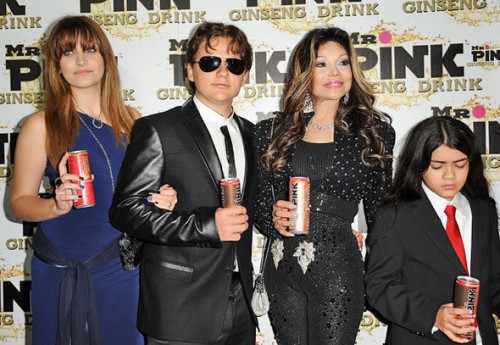 Paris with her brother Prince, aunt La Toya and Blanket back in 2012. Photo: Getty Images.

Despite the model’s reported fears, Blanket is said to be doing well at his private school where he is getting straight A’s.

Meanwhile, Paris’ modelling career is going from strength to strength as she continues to capture the hearts of the fashion industry.

After recently announcing that she would not be following in her father’s footsteps as a singer, she signed with Gigi and Bella Hadid’s modelling agency, IMG.

Last month, she gave fans a sneak peak at her acting debut in Lee Daniels’ Star.

In an interview with FOX, the blonde bombshell enthused: “When I heard about Star, I watched the first couple of episodes and fell in love.”

She is set to guest star as a bossy social media fanatic and also added: “The role is really opposite to me and, for it being my first real on-camera acting, I think it’s a good way for me to show my acting capabilities.”

See also: Paris says her father was murdered: ‘Everybody in the family knows it’