Eating fresh fruit every day lowers your risk of diabetes 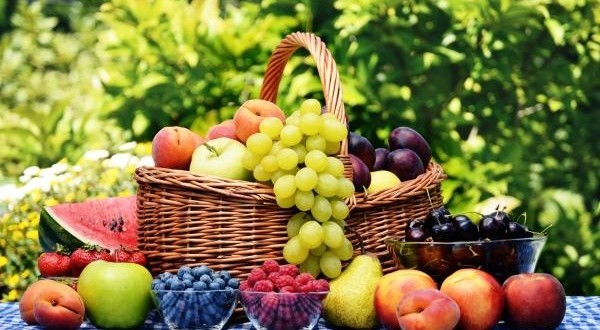 If you want to lower your risk of developing the disease, then make sure you chow down on some fresh fruit every day. Researchers from Oxford University found that eating more fresh fruit was linked with a lower incidence of diabetes, Joinfo.com reports with reference to Daily Star.

Although we already know that diets containing fresh fruit and vegetables have a number of health benefits, scientists have been uncertain about the high sugar content of fruit in relation to diabetes and vascular complications of the disease.

They documented new cases of diabetes and recording the occurrence of vascular disease and death in people with pre-existing diabetes.

It turned out that people who ate plenty of fresh fruit had a lower risk of developing diabetes compared to the other participants – there was an estimated 0.2% reduction in the absolute risk of diabetes over five years.

“Among individuals who were free of diabetes – either previously diagnosed or newly detected – at the start of the study, daily consumption of fresh fruit was associated with a 12% lower relative risk of developing diabetes, compared to never or rarely consuming fresh fruit.

“In those individuals who already had diabetes prior to the start of the study, consuming fresh fruit more than three days a week was associated with a 17% lower relative risk of dying from any cause and a 13-28% lower risk of developing diabetes-related complications affecting large blood vessels – such as heart disease and stroke and small blood vessels – kidney diseases, eye diseases and neuropathy – than those who consumed fruit less than one day per week.”

In diabetics, higher consumption of fresh fruit was associated with a lower risk of death as well as of microvascular and macrovascular complications.

Dr Du said: “To our knowledge, this is the first large prospective study demonstrating similar inverse associations of fruit consumption with both incident diabetes and diabetic complications.

“These findings suggest that a higher intake of fresh fruit is potentially beneficial for primary and secondary prevention of diabetes.”

She added: “For individuals who have already developed diabetes, restricted consumption of fresh fruit, which is common in many parts of the world, for example China and other Asian countries, should not be encouraged.”

“The main limitation of this observational study is that the effects of fruit consumption can be difficult to distinguish from those of participants’ other dietary and behavioural characteristics.”

See also: Avoiding gluten in our diet may increase the risk of type 2 diabetes