Home / Life / What we can learn from the Scandinavian diet

What we can learn from the Scandinavian diet

Shares
We have known for some time that people who live a Mediterranean lifestyle are healthier, happier and live longer than the rest of us. 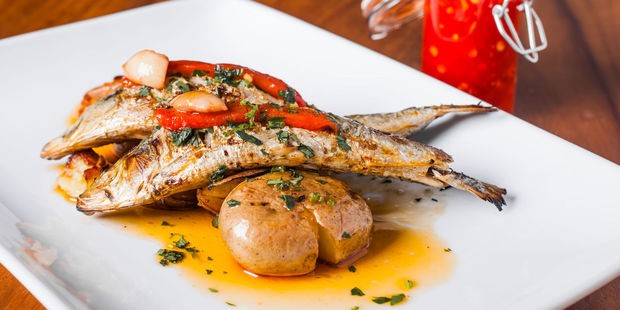 Less frequently mentioned is the lifestyle factors associated with Scandinavian diets which sees countries including Sweden and Denmark ranked as some of the healthiest in the word, according to New Zealand Herald.

Denmark for example reports obesity rates of just 10 per cent and Norway 5 per cent compared to 18 per cent in Australia. So what and how do they eat that helps them to control their weight and what can we learn from them?

An abundance of omega 3-rich deep sea cold fish found in local waters including salmon, sardines and mackerel, along with cultures that celebrate the consumption of fish at every meal including breakfast means that Scandinavian’s consume particularly high amounts of omega 3 fats.

Not only is a high intake of omega 3 fat linked to a reduction in a number of chronic diseases including heart disease, diabetes and stroke but it is also linked to lower rates of depression and reduced inflammatory processes in the body.

It is also likely that consuming high protein foods such as oily fish across a number of meals during the day helps to regulate appetite and help control calorie intake overall.

Forget the breakfast cereal and toast that frequent the breakfast table at many an Aussie household, a Scandinavian breakfast spread is much more likely to be a sit down affair with plenty of meat, cheese and fish along with heavy rye bread. These high protein breakfast options are filling, nutrient rich choices likely to keep you full for a number of hours after eating, and as such reduce the need for snacks throughout the morning.

Forget processed white loaves and slabs of Turkish bread, the only bread you will find on many a Scandinavian table is a flat looking, heavy slab of rye or black bread. Rich in fibre, this type of bread has a very low GI, meaning that it releases glucose into the bloodstream relatively slowly. In turn insulin levels are kept tightly controlled and appetite and weight control are both supported as this type of bread is difficult to overeat.

Root vegetables including potatoes, sweet potato and turnips thrive in cold temperatures and are a popular base to warming casseroles, stews and soups that frequent the menu of these cooler countries. While these starchy vegetables are often considered heavy choices, when compared to pasta, rice and other popular refined carbohydrates, they are much higher in fibre and nutrients with fewer carbs than a big plate of pasta or a rice based meal.

Meal times are to be celebrated

As the Danes describe it as ‘Hygge’, simple pleasures such as meal times are there to be celebrated and enjoyed, especially during the extremely cold Winter months when the days are short and the temperatures freezing. Family meals play an important role as does sitting down to enjoy proper meals as opposed to food eaten on the run. Naturally these type of meals tend to be healthier and enjoyed over several hours which promotes regulated eating patterns and reduces mindless eating in front of the television.

Forget white bread, refined cereals, snack bars and processed snacks, while traditional treats including baked goods frequent menus, the insidious snacking that forms such a big part of Western food culture is almost non-existent in traditional Scandinavian diets. Food is relatively expensive, which means there is less impulse buying and availability of processed foods and as such the focus is on consuming three nutritious, filling meals each day. Fewer meals means fewer calories and ultimately weight control, which is evident from the much lower rates of overweight and obesity than Western cultures.