Shares
Having a diet drink every day could leave you three times more likely to suffer a stroke or dementia, new research suggests. 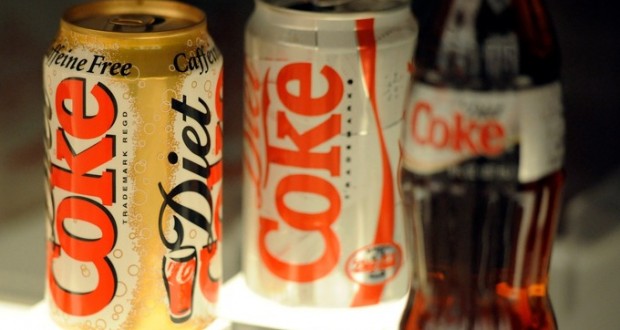 The researchers of the study published in the American Heart Association’s journal Stroke, found no link between sugary drinks and an increased risk of stroke and dementia, though they warned against viewing sugary drinks as a “healthy option”.

They also cautioned that the study was observational and based on food questionnaires, and said that further research is need on the link between drinks, dementia and strokes.

Academics cautioned that the study did not find that diet drinks caused strokes or dementia, the research found an increased likelihood among those who drank them.

The publication of the study’s findings comes on the same day hospital shops announced they have agreed to limit the sales of sugary drinks on NHS premises after being told that sugary products would be banned if not.

Firms including WH Smith, Marks & Spencer, Greggs and Subway who operate outlets on hospital grounds have all agreed to try and meet a target of reducing sugary drink sales to 10% or less of their total refreshment sales.

Cans and bottles of sugary soft drinks, as well as fruit juices with extra sugar and sugary milk drinks, have been targeted as part of the crackdown on sweetened drinks served in NHS cafes, canteens and shops, in a bid to combat the nation’s rising obesity epidemic.

The researchers from the department of neurology at Boston University School of Medicine, who carried out the study added that future studies would be needed to look at the effect of diet drinks on factors known to increase the risk of stroke and dementia, such as high blood pressure.

“As the consumption of artificially sweetened soft drinks is increasing in the community, along with the prevalence of stroke and dementia, future research is needed,” they added.

Matthew Pase, senior fellow in the department of neurology at Boston University School of Medicine, said: “Our study shows a need to put more research into this area given how often people drink artificially sweetened beverages.

“Although we did not find an association between stroke or dementia and the consumption of sugary drinks, this certainly does not mean they are a healthy option.

“We recommend that people drink water on a regular basis instead of sugary or artificially sweetened beverages.”

He added: “Even if someone is three times as likely to develop stroke or dementia, it is by no means a certain fate.”

“In our study, 3% of the people had a new stroke and 5% developed dementia, so we’re still talking about a small number of people developing either stroke or dementia.”

Rachel Johnson, past chairwoman of the American Heart Association’s Nutrition Committee and professor of nutrition at the University of Vermont, said: “We know that limiting added sugars is an important strategy to support good nutrition and healthy body weights, and until we know more, people should use artificially sweetened drinks cautiously.

“They may have a role for people with diabetes and in weight loss, but we encourage people to drink water, low-fat milk or other beverages without added sweeteners.”

Gavin Partington, director-general of the industry-funded British Soft Drinks Association, said: “Despite their claims, the authors of this observational study admit they found no cause and effect and provide no science-based evidence whatsoever to support their theories.

“In fact, based on the evidence, Public Health England is actively encouraging food and drink companies to use low-calorie sweeteners as an alternative to sugar and help people manage their weight.

“Surely we should be trying to help consumers reduce their calorie intake, not presenting unproven claims?”

Dr Elizabeth Coulthard, consultant senior lecturer in dementia neurology at the University of Bristol, said: “Although interesting, this paper does not tell us that artificially sweetened drinks cause stroke or dementia.

“The statistical relationship between artificially sweetened drinks and dementia disappears when the analysis controls for diabetes.

“This makes it more likely that there is a group of people who both use artificially sweetened drinks and are at higher risk of dementia, presumably because they have a risk factor, such as diabetes, for which a low sugar diet has been recommended.

“While the stroke effect remains even after diabetes has been taken into account, we should bear in mind that this is just one study with relatively small subgroups of participants.”