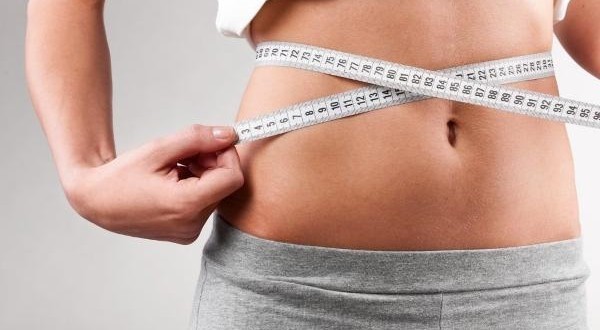 Your hip-to-waist ratio is the best indicator of how healthy you are, a new study says, according to MailOnline.

Currently, the body mass index (BMI) is the most widely-used system by doctors to gauge whether or not a person is healthy, overweight or obese.

But researchers say your BMI is not only a bad indicator of how healthy you are, it can lead to doctors prescribing the wrong treatment for patients.

BMI first gained popularity in the 1970s as a way of judging body fat, based on your weight in relation to your height. A healthy BMI is typically measured between 18.5 and 24.9.

Anything under 18.5 is considered underweight. BMIs between 25 and 29.9 fall into overweight territory, and above 30 is considered obese.

Meanwhile, waist-to-hip ratio is calculated by dividing the circumference of your waist by that of your hips.

The joint study, from Loughborough University in England and the University of Sydney in Australia, observed the BMIs and waist measurements of more than 42,700 men and women in the UK over the course of 10 years.

Researchers looked to see if there was an increased risk of death for people carrying extra weight around the middle, known as ‘central obesity’, compared to those carrying it elsewhere.

They found that those who had a normal BMI but also central obesity – and therefore a high waist-to-hip ratio – had a 22 percent increased risk of death.

Obese participants with central obesity also had an increased risk, but this did not hold true for the overweight individuals.

Although the reason is unclear, researchers believe there a link between extra fat stored around legs and hips and a healthier metabolism.

See also: This simple trick is the key to losing weight.

While BMI can be useful in predicting risk of diabetes and stroke, there are several reasons why BMIs can also be inaccurate.

Therefore, many professional athletes, for example, qualify as overweight or obese based on solely their BMIs. But they have much more muscle mass, which weighs proportionally more than fat.

Additionally, those with above-average BMIs can have normal blood pressure and cholesterol levels.

This is not the first study to question how useful BMIs are.

A 2011 study published in the Journal of the American College of Cardiology found waist size to be far more accurate in predicting a heart patient’s chances of dying at an early age compared to BMI.

In addition, a study published in The American Journal of Clinical Nutrition in 2006 stated that waist-to-hip ratio is a better predictor of mortality, especially for people over the age of 75.

Researchers, from the University of Wolverhampton in the UK, say the metric of BMI measurement is misleading because it cannot distinguish between fat and muscle, the latter of which is far heavier.

The team devised a new measurement of waist-to-height ratio, which they say is a far more accurate predictor of heart disease risk in both men and women.

The system, calculated by dividing the waist size by the square root of someone’s height, was found in a trial of 4,700 people to be the best marker of cardiometabolic health.

Professor Alan Nevill, who led the study, said this is because waist size is usually determined by body fat, with little muscle around someone’s middle to confuse the findings.

Belly fat is also known to be particularly dangerous because it wraps around vital organs in the torso.