Shares
It seems like only yesterday the couple announced their good news, but already the time has come around for them to prepare for the births, and the 56-year-old actor skipped an event at the weekend just in case his wife Amal went into labour. 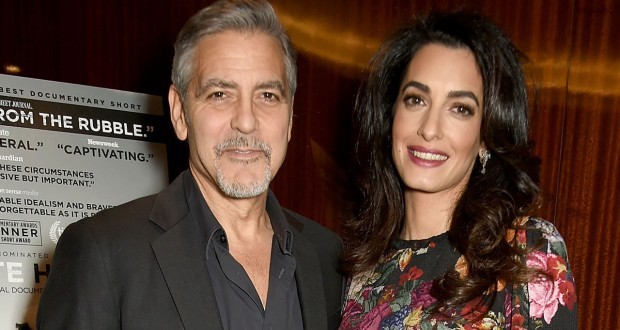 George Clooney has had to curb his travel for the time being as the babies’ arrival is imminent, and he joked had he attended the Aurora Price For Awakening Humanity event in Armenia when the twins arrived he wouldn’t be able to show his face at home, according to Metro.

He said in a video message: ‘I really would have been [in Yerevan] but if I came there and my wife had twins while I was there, I could never come home.’

The couple are reportedly currently in their Berkshire home awaiting the birth.

An insider previously said: ‘[George] is getting a little anxious about the babies’ arrival. But he’s nervous in an excited, good way!

‘George is staying put in London until Amal gives birth. They’ll figure out their schedules after that. For now, they’re just hunkering down!’ 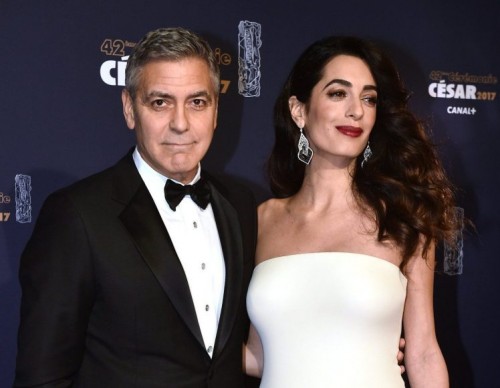 The couple announced back in February that are expecting a boy and girl, but they still haven’t decided on names.

George previously said: ‘No we haven’t picked out any names and I’ll tell you why, because I’ve had friends pick out names around their parents and then it becomes…Whatever name you pick they’re like, “Oh, I don’t like that. That guy’s a prime minister” “Can’t name her Susan. You remember your Aunt Susan?”‘

George’s mum for one is pretty excited about the birth.

She told US Weekly: ‘We are extremely happy for George and Amal, and I cannot imagine two people who would be better parents.

‘I think he’ll be great, and I think she’ll be a great mom!’

Not long to go now!