Shares
Drinking water like this could be the reason that you are bloated, making you look bigger than you are. 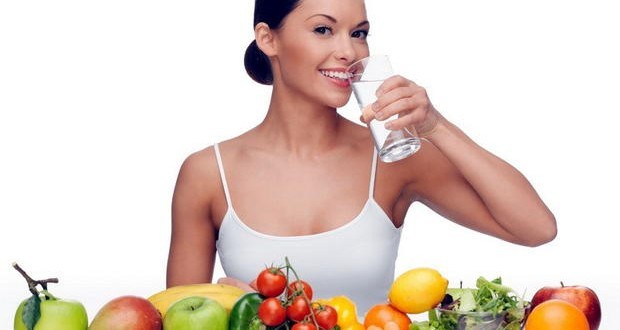 Drinking your water from a bottle could be making you look fatter, according to Daily Express.

This is because drinking from a bottle causes you to take down more air, which causes bloating in the stomach.

The tip was dished out by a flight attended, who was given the warning during training.

“Our training advisor said that drinking water straight out of the bottle bloats you more. We pour water into a cup and sip it,” Jayna, who works for Thomas Cook, says.

If you drink from a cup this extra air is reduced, leading to a slimmer, thinner looking you.

Bloating is a huge problem for many men and women.

A doctor recently revealed what causes the irritating condition to Express.co.uk.

The doctor revealed how the condition is linked to IBS and how people can get rid of bloating.

The UK NHS also advised in its list of way to stop bloating: “Try not to swallow too much air. Don’t talk and eat at the same time, sit down to eat (sitting upright and not slumped over), reduce the amount of fizzy drinks you consume, stop chewing gum and chew with your mouth closed so that you’re not taking in excess air.”

However, eating water dense food is even better than drinking water – according to experts.

“When we eat more water-rich foods, we absorb water more slowly because it is trapped in the structure of these foods,” said dermatologist Howard Murad, MD.

“That slow absorption means that water in food stays in our bodies longer, with a multitude of additional benefits.”

A study unveiled at the world’s largest obesity conference showed a pill which contains a balloon can be an effective alternative to weight loss surgery.

Macular degeneration is the leading cause of blindness in those over 55 in developed countries, but eating low GI foods could stop it.

New research has discovered that switching from a high-glycemic (GI) diet to a low-glycemic diet can stop the progression of age-related macular degeneration (AMD).

The study by Tufts University found that for the same amount of total carbohydrate, high GI foods release sugar into the bloodstream more rapidly than low GI foods.