Shares
Michelle Obama said she was scrutinized for the dresses and accessories she wore for state dinners, as her husband wore the same tuxedo unnoticed 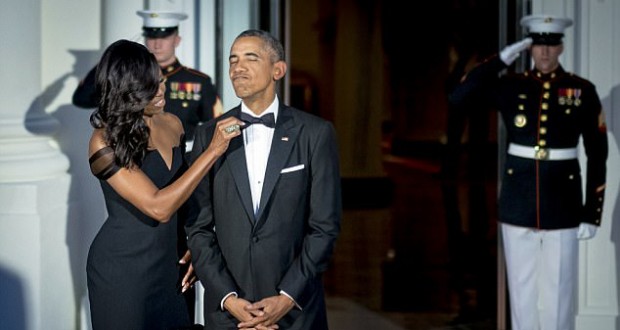 Former first lady Michelle Obama revealed during a candid conversation that her husband wore the same tuxedo for all eight years of his presidency during state dinners, according to MailOnline.

The mother-of-two shared the enlightening tidbit during her appearance at Apple’s Worldwide Developers Conference in San Jose, California on Tuesday.

The 53-year-old Chicago native noted how she was photographed and scrutinized year in and year out for the dresses and accessories she sported for state dinners as they were highly publicized events.

But she said the former president easily got away with wearing the same outfit every year to state dinners.

‘This is the unfair thing — you talk about Fred Astaire and Ginger Rogers — no matter what we do, he puts on that same tux,’ she said.

‘Now, people take pictures of the shoes I wear, the bracelets, the necklace — they didn’t comment that for eight years he wore the same tux, same shoes.’

The Harvard Law School graduate also shared the story behind the viral photo of her adjusting his bow tie just before they welcomed Chinese President Xi Jinping and wife Peng Liyuan during a state visit in September 2015 to the White House. 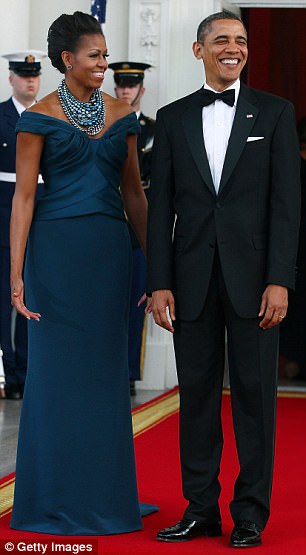 She recalled that while waiting to greet the Chinese president and his wife at the North Portico of the White House, they were being photographed by ‘about 100 press people’.

‘So we’re standing there waiting for the cars to roll in … and I was bored,’ she admitted.

‘So I sort of thought, let me make sure my husband looks good.’

She said that the absence of girls and women in the so-called STEM fields has a deleterious affect on the tech industry.

‘I’m very passionate about girls education, and we still have a long way to go on equality and access,’ Obama stated.

‘We have to teach young girls they are smart and can compete.’

Read also: Obama, Trudeau have dinner in Montreal, discuss ‘developing the next generation of leaders’