Shares
British doctors have urged the government to consider placing warnings on packets of sweets to help children limit their sugar-intake. 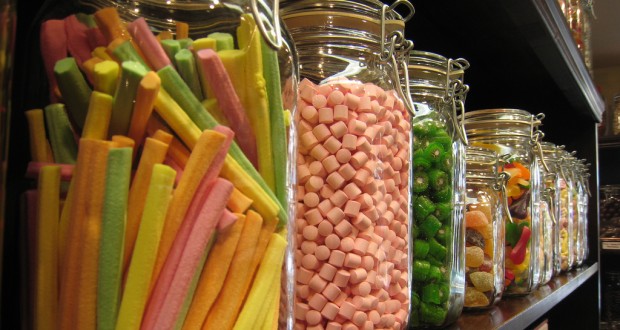 Suggested warning labels would be similar to those featured on cigarette packets, with the message: ‘Sugar can contribute to obesity and the need for fillings,’ according to Metro.

Warnings on cigarettes in the UK have been compulsory since 2008 and has contributed significantly to the number of people smoking. Since 2008, the number has drastically decreased from 21% to 16%.

The medics, as well as doctors, hope the sugary food labels will help tackle childhood obesity.

At least a third of children aged between 2 and 15 are now overweight or obese, while around 34,000 children under nine have had teeth removed in the last two years.

The Health Secretary and Food Standards Agency are due to consider the motion at the British Medical Association’s annual conference in Bournemouth this week.

Dr Latifa Patel, who will be bringing the motion on behalf of her district, said: ‘We want healthier children and we need a long-term policy.

‘We are hoping for the same sort of affect that warnings on cigarette packets have had on smoking.

‘Even confectioners, I presume, have a responsibility – just like the smoking industry – to make sure their products are consumed in a responsible manner.

‘So, I think confectioners will like having warnings on their sweets about sugar content and advice to brush your teeth after.’

The North West Regional Council is also calling for the warnings, saying it is ‘dismayed’ by the tooth decay rate amongst children.

According to health professionals, tooth decay is the number one reason why children are admitted to hospital and need general anaesthetic.