Shares
Today's daily horoscope for all Zodiac Signs for 28 June 2017. Our need for perfection stands in the way of happiness as the critical Virgo Moon focuses our attention on what's wrong. Although we're aware of our strong feelings, we're hesitant to express them for fear of being rejected. 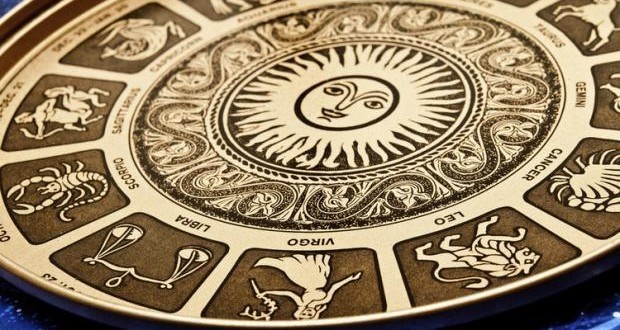 Moon is in Virgo

The communication is balanced between the male and female principle. It is made no difference between colleagues and managers – the staff and the head.

Good teamwork is performed and you are at home everywhere. Friends, acquaintance and relatives are supporting your ideas and projects – it does not last for a long time. Use this period of time!

With this constellation you feel restless and uneasy – hardly handling one thing with diligence. You like to discuss and talk about various topics – but you neglect listening and rush overeagerly from one (topic) to the next… You are persuading with eagerness and you could hardly being controlled. Perhaps you are working too hard at the moment. Your keen mind and subtle behaviour is predominating – you are handling companies and contacts in this manner – so nothing else left to be said except you could be mistaken – think twice and remain noble and wise. Those conditions make you short–tempered, touchy, unapproachable and obstinate.

This constellation causes fancy and imaginativeness – passive tendencies and imbalanced sensitiveness and interference. Thinking is changeable and concerning truth it is not taken too literally… This day has characteristics like being capricious, uneasy, daydreamed and maybe passionate.

This sextile gives us strong will, courage and adventurous spirit – we are open-minded with a clear mind.

Sound judgement, learning aptitude, communicative skills and repartee are caused by the sextile. The result is obvious to see: Independence and rapid perception, which is practically reflected in open-mindedness.

Our need for perfection stands in the way of happiness as the critical Virgo Moon focuses our attention on what’s wrong. We don’t have to dig too deep to notice the emotional isolation when loving Venus runs into austere Saturn’s harsh judgment. An angry Mercury-Mars conjunction in receptive Cancer leads to passive-aggressive behavior. Although we’re aware of our strong feelings, we’re hesitant to express them for fear of being rejected.

Someone close to you may say something that hurts your feelings today. Normally, you would share your reaction, talk about it if necessary, and then move on. However, contentious Mercury’s current hookup with cranky Mars occurs in self-protective Cancer, making it nearly impossible to clear the air. Unfortunately, your unspoken emotions create a blockage in the normal flow of energy, creating distance in an already strained relationship. Push past your fear and express your truth. Vulnerability is your strength.

An uncomfortable gulf may separate you from someone you love today. However, you can’t tell if the distance is shared or only imaginary. Whether or not your feelings of alienation are mutual, your belief is enough to manifest negative symptoms. Thankfully, it doesn’t require too much effort to discern the truth of the matter by asking for a reality check. Either way, once your fears are on the table, you can calmly discuss them and figure out what to do next. Sigmund Freud wrote, “Unexpressed emotions will never die. They are buried alive and will come forth later in uglier ways.”

Your words are supercharged with emotion today. You can whisper your truth and others still might think you are shouting now that aggressive Mars aligns with argumentative Mercury. You have nothing to prove, so don’t try to convince anyone of your superiority. Instead of inadvertently pushing people away with your overpowering approach, address your concerns in a caring manner. There’s no reason to stake your claim when it’s wiser to reveal your vulnerability. Speak softly and carry no sticks.

You can be so angry with someone you love today that you can’t even say a word. Your thoughts are running all around and there’s no place to jump in and start talking. If asked how you are doing, you might reply that you are well, without giving a hint of your internal turmoil. Ironically, this difference between your inner and outer world may be quite familiar. The longer left untended, the greater the problem. Start untangling your feelings now by asking someone you respect to listen without interfering in your process. You don’t need to be right; you only need to be heard.

Your emotions are so well hidden today that no one — including you — can find a way through your hermetically sealed defenses. At first, you might not even realize how detached you are from your own feelings. However, you can sense uneasy disconnections from others without understanding why they are occurring now. Although your first reaction is to blame someone else for closing down, you would be wiser to look within for the source of the problem. Rick Warren wrote, “We crave intimacy but fear vulnerability. You can’t have one without the other.”

You bring an entire range of analytical tools to the table today as you attempt to understand the shortcomings of a personal relationship. You are highly motivated to figure out where things went awry, but you may be focusing on the wrong issue. Instead of quantifying what isn’t working, it’s more productive to explore how unrealistic expectations set the stage for failure. Don’t hold back now while looking for answers; just be certain that you’re asking the right questions.

Career issues continue to take up bandwidth in your mind, inspiring you to initiate a conversation about your future prospects at your present job. You might think that your boss or some other authority figure is giving you the runaround today, but they won’t likely have the information you seek. Although you want to gather all the relevant facts so you can make the best decisions, only time will tell you what to do. J.P. Morgan said, “The first step toward getting somewhere is to decide that you are not going to stay where you are.”

You can see right through someone’s grand plan today, even if they think it’s solid as granite. Your warning flags fly even higher when idealistic visions, instead of facts, are called upon to justify a decision. You might not be able to logically explain what’s wrong with this picture, but your instincts are nearly infallible now. Albert Einstein said, “The intuitive mind is a sacred gift and the rational mind is a faithful servant. We have created a society that honors the servant and has forgotten the gift.”

You’re intrigued by the secrets of the ancient teachings and are more than casually curious about how they can enrich your life now. Normally, you’re inspired by adventurous exploration, high ideals and philosophical truths. However, you’re ready to retire your role as an action-hero so you can begin your new life as a master of unseen dimensions. Oddly enough, there’s nothing strange about this new wave of metaphysical interest. It’s simply your time to brilliantly integrate the magic of the soul with the mundane world.

You have little patience for someone’s loss of temper today. Thankfully, you’re quite capable of handling an emotionally charged verbal attack, even if you find it to be a total waste of energy. Rather than responding to the accusations, you are likely to retreat so you can get on with your work. You have too much on your plate already, and aren’t interested in engaging in a power struggle that leads nowhere productive. Ralph Waldo Emerson wrote, “What I must do is all that concerns me, not what the people think.”

Cleaning up your own life is a full-time job, so don’t bother trying to fix anyone else’s now. Although you’re tempted to dispense advice, recognizing other people’s problems doesn’t give you license to interfere in their lives. In fact, focusing on external issues rather than internal ones is a not-so-clever way to avoid your own work. Do not mock a pain that you haven’t endured. Science fiction author Robert J. Sawyer wrote, “Learning to ignore things is one of the great paths to inner peace.”

Your compassionate approach to someone’s problem makes you a real friend today. Rather than judging others for their shortcomings, you’re willing to accept them for who they are and appreciate the gifts they bring into your life. But you’re not a pushover just because of your unflagging support for those you love. You actually “do unto others as you would have them do unto you.” However, living by the Golden Rule is no simple task; it demands a strength of character which sets a high bar for others to reach.

If Your Birthday Is Today:

People are attracted to you because you are creative and entertaining. You are also a goal oriented. This is a most powerful year Whatever you have done in the past will now come to fruition. This is a year of big decisions and major achievements. Activity is key. You will be involved and busy. Opportunities for advancement and recognition for your work will happen.