George and Amal Clooney Spotted With Twins For The First Time

Shares
George Clooney and his wife Amal have been traveling for the first time since the twins were born a month ago. 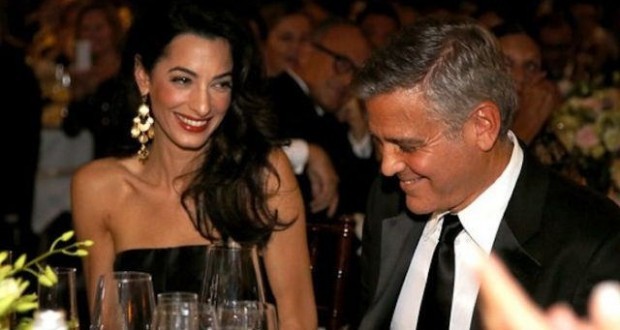 Ella and Alexander Clooney were taken to Milan on Monday, according to AD.nl. It’s the first time the babies are seen in public.

The family flew on a private jet to the Italian city. At one of Milan’s airports, George was photographed when he was carrying one of the babies from the jet. Ella and Alexander both had their own cradles. The family was most likely on their way to Lake Como, north of Milan.

The twins are just one month old on Thursday. The babies were born on June 6th at St. Mary’s Hospital in London.