Shares
In 2017, live streaming will explode and news and entertainment will be consumed in real time as social-media platforms, according to Wired. 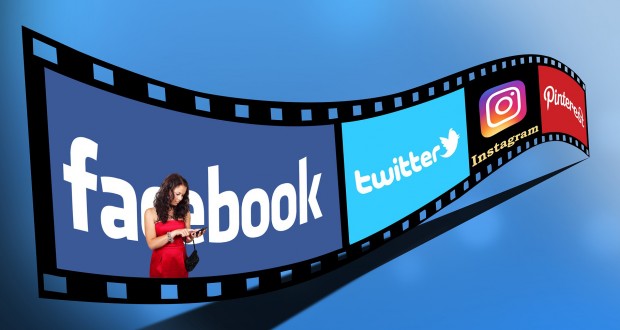 In 2017, live streaming will explode. News and entertainment will be consumed in real time as social-media platforms such as Facebook and Twitter promote the function as a core feature. Looking at the world through someone else’s eyes will become easily accessible and the new way to connect, Wired reports.

In 2016, live streaming, mainly for entertainment purposes, became a cultural phenomenon in China. Dedicated live-streaming sites and apps gave anyone the opportunity to self-broadcast to the world in HD resolution.

“Anybody can be a host” became the slogan under which around 200 Chinese streaming platforms popped up in 2016.

China’s obsession with reality TV became on-demand as reams of “live streaming rooms” categorized by content became accessible with a tap. Many hosts were simply pretty young women singing and dancing – for hours on end – in their bedrooms. Chinese censors deemed the more seductive streams a sufficient moral threat to ban the eating of bananas on the channels.

Zhibo, Mandarin for “live streaming”, became a cultural reference, along with wang hong or “internet red”, a phrase referring to internet-made celebrities. Wang hongs are also scurrying into live-streaming rooms to further their reach, although plenty of new celebrities are being created in the process, too.

Live streaming is, however, more than just Big Brother or The X Factor. It’s all about host-audience interactions. Viewers, often in the tens of thousands at any one time, can send instant messages and virtual gifts to hosts, all of which stream across the screen in real time. On YY Live, a clap costs 0.1 Yuan (1p) and a cruise ship costs 1,000 Yuan (£100).

Internet celebrities are also impacting China’s e-commerce. In June 2016, CNBD predicted the “internet celebrity economy” would be worth more than 58 billion Yuan that year. A leading performer, Papi Jiang, 29, who broke a record in July 2016 when 20 million people watched her live-streamed debut chat, has raised 12 million Yuan ($1.8m) from investors including ZhenFund, who see potential monetization.

“A lot of people in China have a lot of time,” ZhenFund’s Anna Fang tells WIRED. “The VCs have woken up to it – live streaming will be a function like chatting in lots of apps. You’ve got platforms like Zaizhibo, Yizhibo, Yingke, Huajiao – and people have seen performers make a lot of money. We have a company doing lots of live e-commerce – it’s a form of entertainment for a lot of people from first- to fifth-tier cities who have a lot of spare time. Is it human nature to watch girls and guys live, stalking them?”

Alan Lau, a senior partner at McKinsey Hong Kong, notes that the top-five stores on China’s Taobao online retail mall in June 2016 were all affiliated with wang hongs. “Advertising deals and venture capitalist investment are other major ways to monetize from the trend,” Lau says.

Shi Yue (Nuliu66 online) is a 28-year-old video-gaming host whose Taobao store sells snacks from her hometown in Inner Mongolia. Shi is not only beautiful – a prerequisite for any female wang hong – but also holds architecture degrees from Tsinghua and Beida, the top universities in China.

With 700,000 followers on Douyu, one of the earliest live-streaming platforms, in 2015 Shi exposed her face – serendipitously, she says -much to the liking of her mostly male fans. Later that year Shi gave up architecture and signed with Douyu as a full-time host, and now alternates between video gaming and conversational sessions: “Fans like it when I talk life topics with them. It’s also a relaxing break from gaming,” she says.

Wang Xiaofeng, a senior tech analyst at Forrester, predicts that live-streaming sites will become much more standardized in 2017. Hosts will face massive culls too: “The average lifespan of hosts is two to three months,” says Wang.

Media and news portals in China are increasingly using live streaming as a tool to deliver news and entertainment as they happen. Weibo launched its own live-streaming function, Yizhibo, in mid-2016, and Xiaomi, one of China’s biggest mobile-phone brands, launched Xiaomi Zhibo around the same time.

Twitter’s Jack Dorsey, meanwhile, explained his acquisition of British video-compression startup Magic Pony Technologies in terms of the significance of delivering video at scale and at speed. “It’s about real-time, live, people experiencing something together,” he said. “We need to use tech to make it faster and better.”