Shares
In an interview with the Malaysian media, the Russian Foreign Minister Sergei Lavrov told why the Kremlin had vetoed the establishment of a tribunal and spoke about the dissatisfaction about the work of Dutch experts. 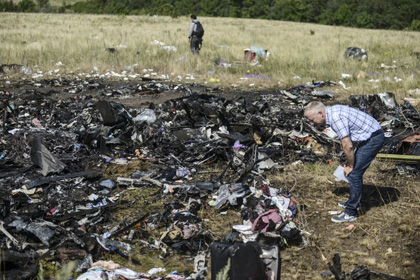 In an interview with the Malaysian media, the Russian Foreign Minister Sergei Lavrov told why the Kremlin had vetoed the establishment of a tribunal and spoke about the dissatisfaction about the work of Dutch experts, Joinfo.ua reports referring to the Russian media.

“Unfortunately, the investigation carried out was not independent, it was not versatile and truly international. Instead of acting under the supervision of the International Civil Aviation Organization, as it is required by the rules of the Chicago Convention, Ukraine, Australia, Belgium and the Netherlands signed an agreement with each other, the essence of which has never been fully disclosed and organized their own team for investigation last August,” he said Lares.

Lavrov believes that the preliminary results of the investigation into the Boeing-777 crash did not affect the essence of the tragedy – from where and how the blow on the aircraft was made.

“The investigation is not yet complete, yet there are a lot of questions to the preliminary report. It did not answer a simple question aviation experts immediately asked. All it said is that the plane was hit by high-energy particles. But the first thing professional investigators do is conduct chemical analysis of the particles. With the help of modern technologies one can identify the kind of metal and which plant in which country produced this very detail,” he said.

This summer, the Netherlands has initiated the establishment of an international tribunal under UN Security Council in the case of the Boeing-777 passenger plane. Later this idea was supported by Malaysia, Australia, Belgium, Britain and France. However, during the vote in the UN Security Council on the establishment of the tribunal to prosecute those responsible for the catastrophe, Russia vetoed it and, according to most international experts and politicians, in fact, confirmed its involvement in the collapse of the airliner.