Shares
The authorities of so-called DPR want to hold local elections in the ‘Republic’ on October 18, 2015. This direct violation of the Minsk Agreements may entail the introduction of new sanctions against Russia 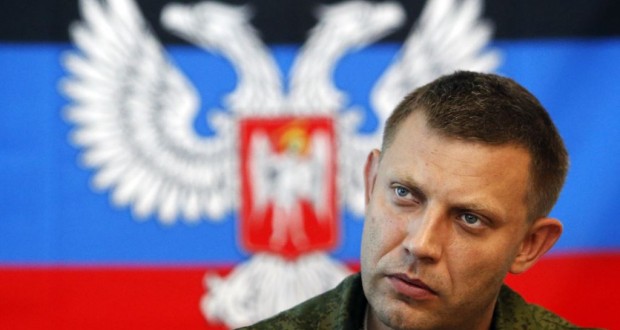 The authorities of so-called DPR are going to hold local elections in the “republic” in several stages. This was announced by Alexander Zakharchenko, the leader of DPR, which today put his signature under the “decree” on the elections, Joinfo.ua reports.

“Taking into account the budgetary constraints and the need to give priority to the restoration of social facilities, industry as well as providing the population of social benefits, pensions and benefits, the local elections will take place in several stages,” – Zakharchenko said.

“The next stage, according to the” Decree “, suggests the election of heads of all other levels – village, town, etc. We plan to fully complete the electoral process at the local level in the first half of 2016 “- Zakharchenko said.

Militants are going to hold local elections on October 18, 2015, considering it as an implementation of the Minsk Agreement Protocol of 5 September 2014 and the Complex of measures of 12 February, 2015. However, these elections are not planned to be held in accordance with Ukrainian legislation, as agreed in the Minsk Agreements. Militant leaders consider to hold the elections on the base of the so-called “Constitution of DPR”, “laws” and the provisions of the special status of Donbass, which should come into force after returning of control of Ukraine of the border with Russia in Donbas, but that, as we know, has not happened yet.

It should be recalled that earlier Denis Pushilin suddenly declared the war in Donbas “came to an end”.