Hillary Clinton visits Adele concert and get her support

Shares
Hillary Clinton is celebrating 69 birthday today, and for her birthday she visited last night a Miami concert of Adele. 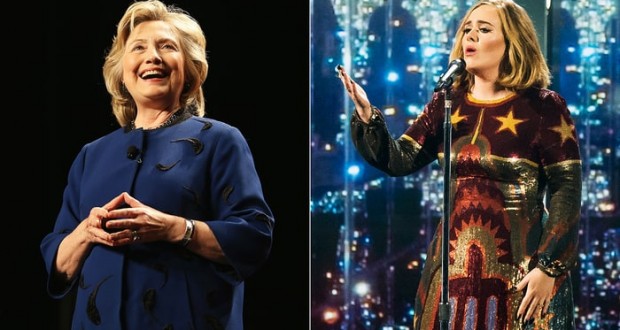 American politician Hillary Clinton who is contesting for 2016 Presidential race, is celebrating her 69 th birthday today ( on October 26). Hillary Clinton went to an Adele concert on Tuesday  and get her support.

Whether the British singer Adele didn’t know that the Democratic presidential candidate was in the concert hall, but halfway through her show she turned suddenly to her audience and she said that, although she can not vote in the US, “100 percent for Hillary Clinton is’. “I love her. She’s great. Do not vote for him!”

There she added that “what is happening in America, also touches me, despite my British descent.