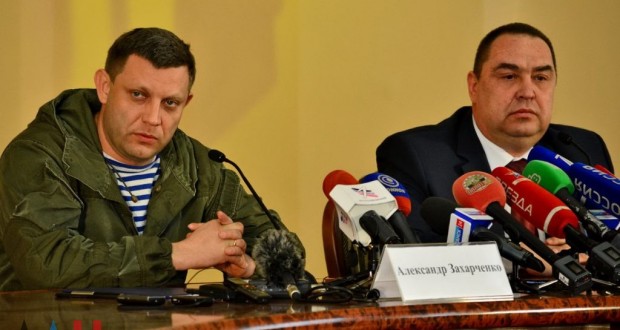 The so-called Donetsk and Luhansk People’s Republics promised to establish external management on enterprises of Ukrainian jurisdiction and to stop coal supplies to Ukraine if Kyiv does not stop transport blockade of Donetsk by March, Joinfo.com reports with reference to 112 Ukraine TV channel.

This was declared by the leaders of “DPR” and “LPR” Alexander Zakharchenko and Ihor Plotnitsky, reports information agency of the militants.

“We are forced to declare that if the blockade is not lifted by Wednesday 00:00 (March 1, 2017), we will establish external management on enterprises of Ukrainian jurisdiction that work in “DPR” and “LPR”. We will stop coal supplies to Ukraine. We do not have both opportunities and payment scheme. We will be rebuilding all manufacture processes and orient them for Russian market and for other countries,” the militants stated.

Earlier it was reported about the two sides of Donbas trade blockade. Activists unveil details of the economic blockade between Ukraine and uncontrolled territories, presenting position of both proponents and critics of the initiative.

Economic blockade of the territories beyond the control of Ukraine, conducted by activists of the “Headquarters of trade blockade against the invaders,” lasts for a month, and it is gradually becoming a key factor in Ukrainian politics.

After cutting off the rail roads, used for delivering the strategically important resource, anthracite coal, from the Donbas mines to Ukrainian power plants and thermal power plants, the blockade has new challenges for country’s energy independence, illegal enrichment schemes, and the fate of people who would primarily suffer from shut-down of companies.