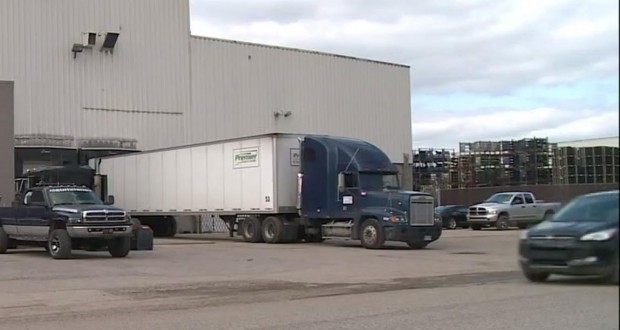 Wanda Holbrook, the 57-year-old Grand Rapids woman had a specialty of fixing robots if something went wrong, Joinfo.com reports with reference to Detroit Free Press.

Tragically, something did go wrong in 2015, but Holbrook never saw it coming. A robot’s arm malfunctioned one day, hitting and crushing Holbrook’s head, killing her.  The tragedy devastated her husband, three children, grandchildren and dozens of coworkers who filled the back four pews at her funeral.

Nearly two years later, her husband is still searching for answers, and he has turned to the courts for intervention.

In a wrongful death lawsuit filed March 7 in U.S. District Court, Bill Holbrook is suing five robotics companies, claiming they all played a role in his wife’s death and that the accident was due to negligence by those who designed, built, tested and monitored the robots. He said he wants to know what went wrong, hold the responsible parties accountable and prevent a similar tragedy.

“I want to make sure nothing like this happens to another family. We would feel terrible if we didn’t do anything and then another family had to go through something similar to this,” Bill Holbrook said in a telephone interview with the Free Press on Tuesday. “If it’s an accident, it’s an accident. If it’s preventable, I want it to be prevented.”

According to the lawsuit,  the accident happened  July 7, 2015, at Ionia-based Ventra Ionia, which specializes in the welding and stamping of truck bumpers and trailer hitches.  For unknown reasons, a robot’s arm “took Wanda by surprise, entering the section she was working in” and “hit and crushed Wanda’s head between a hitch assembly it was attempting to place” in a fixture.

Holbrook, who had worked at the plant for 12 years, “was found nonresponsive by the other employees” and pronounced dead at the scene about 40 minutes after the accident, the lawsuit states.

Holbrook worked in an 800-square-foot area where robots would take a truck bumper and weld plates onto it.  She was working in an area known as the “100 cell”  when the robot’s arm swung into her territory and pressed her head into a fixture, the lawsuit states.

Other employees at Ventra noticed that something had gone wrong — certain operations weren’t functioning properly — so they went looking for Holbrook, who was found unresponsive in section 140, the lawsuit states.

For Bill Holbrook, the pain from the accident is still to raw to deal with. That’s why he’s hired lawyers to do a lot of the digging, he said, noting his entire family has struggled to cope with losing a woman who was dedicated to her family and profession.

“She absolutely loved what she did,” Bill Holbrook said. “She was meticulous and thorough and careful about everything that she did … She could have gone anywhere with her journeyman card. And I had asked her several times to look at other options, but she would come back to me and say, ‘I really feel like this is where God wants me to be.’ ”

Ventra Ionia was not sued and did not return calls for comment. The defendants have not yet been served with the lawsuit and could not be reached for comment.

Grand Rapids attorney Matthew Wikander, who is representing Holbrook, said he is still investigating the accident, noting the company has not allowed him into the plant to inspect the area where Wanda Holbrook worked. He said that a workers compensation claim  also is in dispute right now and that Holbrook’s family has been denied benefits.

“When we were denied access to the facility, we knew we had to file the lawsuit,” Wikander said. “There may be other players involved. … I think there’s a lot more to this story.”

Wikander stressed: “We don’t believe Wanda did anything wrong. Wanda was a very experienced professional.”

Wikander called her death “a catastrophic loss for the family.”

“A life partner is gone. A mother is gone. A grandmother is gone,” Wikander said. “My job is to not only figure out what exactly happened and hopefully prevent it from happening to anyone else, but also to compensate her and the family for their losses.”