Shares
Most women wear sports bras when working out, so it makes sense to think about building a fitness tracker directly into one. 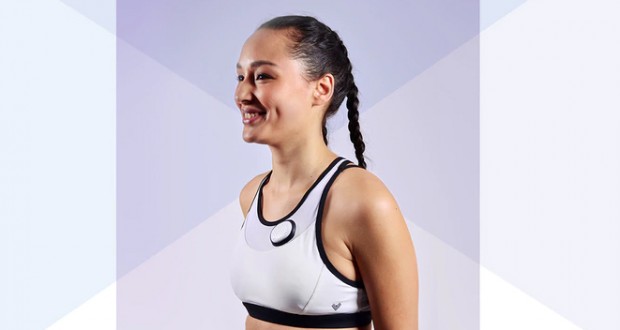 A company called Vitali is doing something similar: It’s working on a connected sports bra, but it isn’t for tracking fitness. Instead, it’s designed for stress management, Joinfo.com reports with reference to The Verge.

The Vitali measures posture, heart rate variability, and breathing, and it’ll gently vibrate to prompt wearers to take a breath when it senses sign of stress, like an increased heartrate or when you’re slouching. Vitali says poor posture makes it difficult to breathe deeply and that heart rate variability indicates stress, but it’s unclear how effective this information would actually be for stress relief.

The product’s processor and sensors, including an accelerometer and gyroscope, are stored in a plastic device that Vitali refers to as the “gem.” It plugs in and out of the bra, so it can be removed for washing. All these measurements are monitored in a companion iOS and Android app that pairs with the bra over Bluetooth.

I totally see a use case for a sports bra that monitors heart rate and other fitness levels, but the idea of using it for stress management makes no sense to me. Lots of apps already exist for that same sort of thing, and also, not many women I know wear a sports bra all day — it’s something they change into when going to the gym.

On top of that, if this is a bra you’re wearing every day, you would likely want to wash it regularly, meaning you’d have to do laundry nearly every day if you’re only ordering one bra. The Vitali is machine washable, though, so there’s at least that. The gem also has to be charged every couple days. That’s so much maintenance for just one bra! Isn’t an app easier? The Vitali is launching on Kickstarter today and starts at $129.