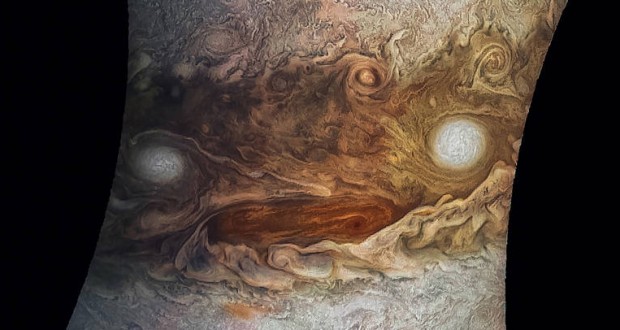 Major received the Jupiter’s ‘face’ by rotating the image 180 degrees and orienting it from south up. Two white oval storms turn into eyeballs, and the “face” of Jupiter is revealed. 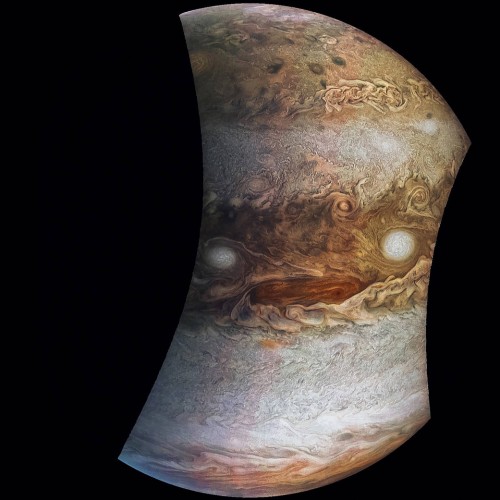 Juno has recently made a lovely closeup of the south polar region of the planet while racing away from Jupiter following its seventh close pass of the planet on May 19, 2017, from about 29,100 miles (46,900 kilometers) above the cloud tops. 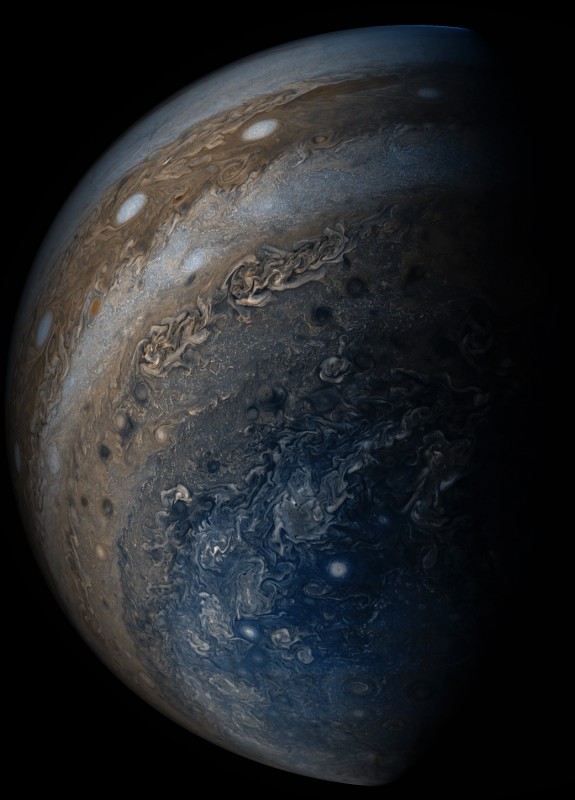 Juno spacecraft entered Jupiter’s orbit on July 4. On Dec. 11, 2016, as it performed its third close flyby of Jupiter 15,300 miles (24,600 kilometers) from the planet, it caught on camera the seventh of eight features forming a ‘string of pearls’ on Jupiter — massive counterclockwise rotating storms that appear as white ovals in the gas giant’s southern hemisphere.