NASA ready to test Orion capsule for flight to the Moon

Shares
December 4, NASA will conduct the first test flight of the Orion capsule. The platform for transporting astronauts to the Moon, asteroids and Mars is already prepared. 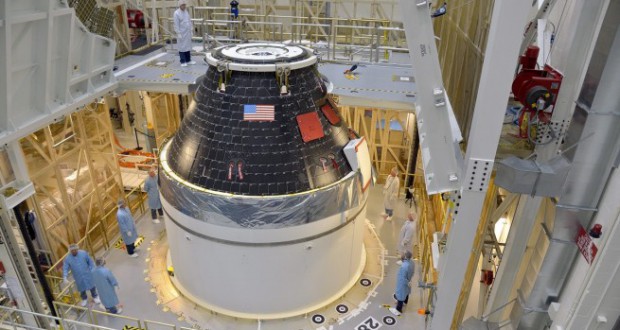 The prototype of the Orion space shuttle is almost ready to make its first test flight, Russian media reported.

According to Bill Hill, deputy associate administrator for Exploration Systems Development at NASA, this will be the first step for the flight to the Red Planet. Of course, the first flight will be unmanned, he added.

NASA unveiled the video with simulated first test flight of the Orion. As part of the first flight, the engineers of the space organization are going to check radiation protection, thermal protection and parachute system of the space capsule.

The first manned Orion flight with astronauts on board scheduled for 2021 resembles Apollo, which landed people on the Moon in 1969. The capsule is made of the American concern Lockheed Martin.

This first US spacecraft was developed in the US 30 years ago. The previous major project was the transfer, which made its first flight in 1981. Orion will blast off for its maiden voyage atop a United Launch Alliance Delta IV Heavy rocket from the Cape Canaveral launch site in Florida. The first test flight of the Orion capsule will last 4.5 hours. It will travel a distance of 5800 km above the Earth.

This flight is designed to test the heat shield of the unit, which must withstand the temperature of 2200 degrees. It will be tested in real conditions by on-board computer of the system and parachutes.

William Hill also noted that the test flight would cost about $ 375 million. This amount does not include the cost of the capsule.