Shares
After parting with the market of mobile gadgets, the Finnish company Nokia is preparing to release a new device. The functional use of the product has been kept secret for several days and will be revealed today. 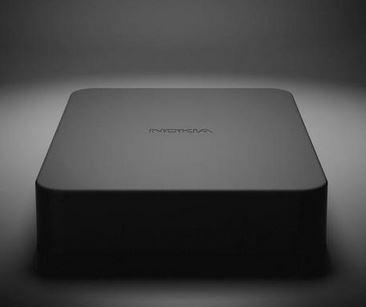 On official Twitter page, the company published a photo of a black packaging, increasing attention to its new product, promising to present something "interesting". The unknown device hidden in a black box is intriguing social network users who are actively discussing its mysterious content.

The fact that in the box there is not a smartphone is proved by an announcement about withdrawal from the market and the large size of the box.

By experts' assumption, a new device can be a kind of set-top box, similar to Nexus Player recently released by Google on the Android TV platform.

Last week Ramzi Haidamus, President of Nokia Technologies said that the company planned to start licensing the brand in other areas and probably the mysterious package is the first step to it. In addition, the President noted that Nokia would be in the field relevant to the brand, thereby suggesting that the new device will have something to do with the former brand products.

The presentation of the new device is scheduled for today, November 18. The new product is expected to be presented at Slush 2014 in Helsinki.

It is to be recalled that after Microsoft bought Nokia mobile phones, the Finnish company management had to withdraw from the usual smartphone market, and Microsoft, in its turn, began to produce its gadgets without Nokia brand.