Russia suspends space projects due to ruble devaluation and sanctions

Shares
Since the Russian ruble is unstable, and there are no guarantees for the parts supply for equipment, Roscosmos decided to postpone its projects until better times. 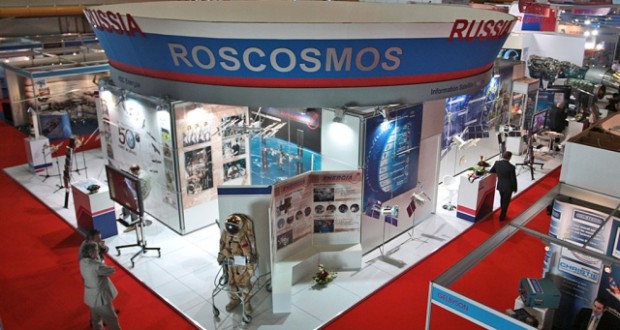 Due to fluctuation of exchange-value of ruble and uncertainty about the parts supply for space equipment, Roskosmos began to postpone its projects. A significant part of components for Russian satellites is produced abroad and purchased for foreign currency. That is why there are difficulties in planning, which involves the use of imported goods, Russian media reports with reference to the sources in the management of the Roscosmos strategic planning department.

It is reported that due to the total uncertainty about prices and supplies, in November the scientific and technical board of the orbit communication satellite system Gonets could not come to any conclusion. During the meeting there were presented two alternatives of perspective image of the Gonets spacecraft: the first one was developed by the Moscow Institute of Precision Instruments (RI PI), the second one was prepared by JSC Information Satellite Systems – Reshetnev Company in collaboration with Thales Alenia Space.

Both options expect about 90% of imported components, some of which fall under the rules of the US government regarding the export of goods and services of defensive nature. However, there are no guarantees on the parts supply, as there is no clear information on the project cost estimates.

The draft of the Federal Space Program (FCP) for 2016-2025, which Roscosmos must submit to the government in the near future, contains the prices recorded in rubles as of 2014. But nobody knows what the exchange rate will be like in a year or two, so Roskosmos doubts on whether to develop the budget.

The scientific and technical board on the Gonets system could not make any decisions and plans to meet again in February next year.

The Russian manufacturers have been dependent on the foreign microelectronics suppliers for a long time and yet nothing has changed. Even funds allocated from the budget are not enough for the implementation of existing projects.

Despite such problems, the scientists from Russia continue to build ambitious plans. Thus, the Russian astronomers announced the development of a project to protect the Earth from asteroids.