Shares
Mars never ceases to amaze ufologists studying the photos from the surface of the nearby planet. In the last picture the researchers have noted a big ape head and already made assumptions about the nature of its appearance. 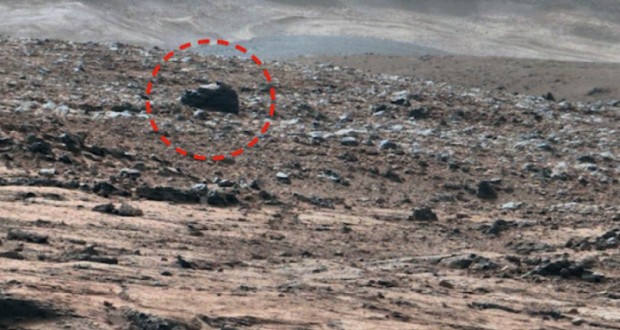 Ufologists found another object in the photo taken by the Curiosity Mars rover.

In the course of detailed study of the photos, on the surface of Mars the experts found a monument, similar to the head of a giant ape. Ufologists immediately suggested that perhaps once there lived ape-like creatures.

This is not the first such discovery scientists identified in the photos sent from the Martian surface. Earlier in one of the pictures ufologists saw a huge face with lips stretched into a smile. The find resembled a smiley.

Later in the photos they distinguished an object resembling a stone head. Many people immediately assumed that this head speaks of the past existence of Martian culture. Others suggested that the detected object was the remains of a humanoid buried on Mars.

Also in one of the images, the researchers noticed an unidentified flying object moving in the orbit of the Red Planet and resembling a patrol vehicle.