Shares
On the 1999 JU3 asteroid the Hayabusa-2 space probe will take soil samples, stay there one year and a half and then return to the Earth. 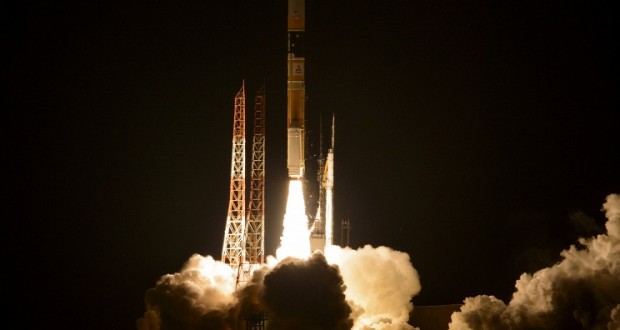 The Hayabusa-2 space probe was launched from the Tanegashima spaceport in southern Japan. It will carry out the research mission to the 1999 JU3 asteroid. At this point the launch vehicle with the device blasted off without problems and is heading its target.

According to the plan of the mission, after a two-hour launch phase, within three years the probe will be moving deeper into the solar system to reach the 1999 JU3 asteroid.

It is assumed that the device will reach the 920-meter asteroid in 2018. Hayabusa 2 will land the German "jumping" MASCOT lander on the surface of the outer body. It will take soil samples. In 2020, the device will return to the Earth.

Earlier, the Japanese Aerospace Exploration Agency (JAXA) made an interesting proposal to record the names, messages and photos of everyone who wants to on an electronic chip that will be sent with the probe to the asteroid. Such an action is planned to conduct by the British researchers during the Lunar Mission One project.