Shares
For the first time in history Nobel laureate"s medal became a lot at the auction. 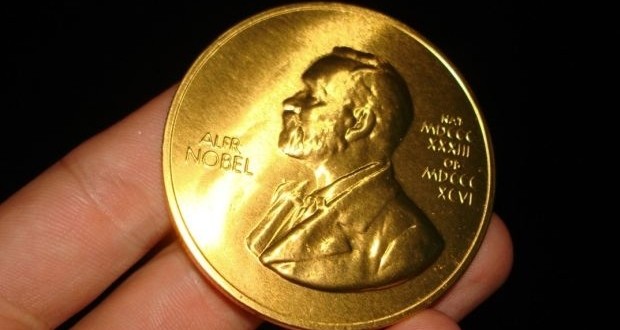 A Nobel medal of one of the DNA structure discoverers, the scientist from the United States James Watson was sold for 4.1 million dollars during the Christie's auction house in New York, joinfo.ua informs.

86-year-old James Watson is the first winner of the most prestigious award in the world, who has decided to sell it.

In addition to the medal, Watson sold handwritten sketches of theses he had written for his speech delivered at the award ceremony in Stockholm on December 10, 1962 for 300 thousand dollars. Also he sold the manuscript and drafts of his lectures. The scientist received 200 thousand dollars for them.

According to Watson, he will spend the money for charity.

"I'm looking forward to the moment when I can make new charitable donations to the Cold Spring Harbor Laboratory, University of Chicago and Cambridge Clare College, and thus to contribute to the preservation of academic environment, where profound ideas and decency prevail," the auction house quotes Watson.

Watson won the Nobel Prize in Physiology and Medicine in 1962 together with his colleagues Francis Crick and Maurice Wilkins. They were awarded for the discovery of the DNA molecule structure.