India prepares for 2018 mission to Mars

Shares
Indian scientists are working on the organization of the second research mission to Mars. 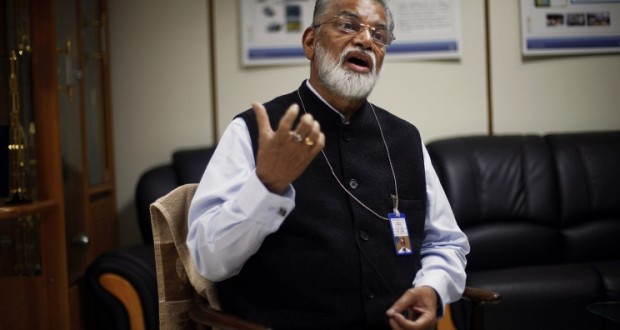 According to Koppillil Radhakrishnan, the head of the Indian Space Research Organization, in 2018 India can send large-scale research mission to Mars.

Indian authorities are considering the possibility of launching a mission to Mars. However, it is not clear now whether it will include a module landing on the planet. However, there is no doubt that it will be a large-scale research mission. Given that Indian professionals do not have time to prepare it for 2016, the next opportunity to launch the device will be no earlier than in 2018 or later. It is to be noted, that India has managed to launch the probe into space and bring it to the Martian orbit for studying surface topography and composition of the planet's atmosphere on the first try. The unit flew off from Earth in 2013 and has recently started exploring the Red Planet.

It is to be recalled that scientists from NASA continue to make their efforts to explore Mars. Recently the landing capsule of the Orion spacecraft designed for long-distanced space travels and launched the other day in a test flight successfully returned to Earth.

The flight of the Orion spacecraft lasted 4.5 hours, there were tested basic features and functions of the spaceship, including parachute system and thermal protection module.

Orion launch was to be held on December 4, but it was postponed several times due to wind gusts in the spaceport area. The launch took place on December 5 at 1:05 pm Moscow time.

According to NASA employees, this flight is a significant one in the history of space exploration, because Orion is the first American manned spacecraft for the missions beyond Earth's orbit after the Apollo program in 1972.