Scientists create space elevator connecting the Earth and the Moon

Shares
Scientists are developing a space elevator for building materials delivery to the Earth's satellite. 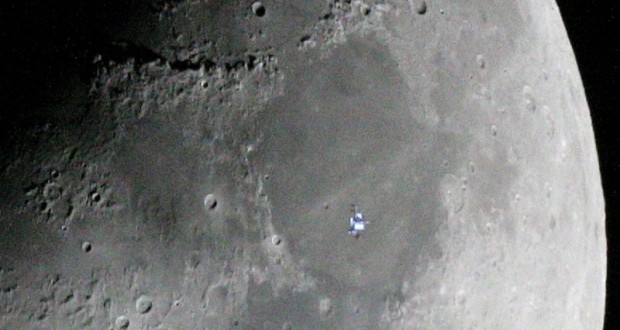 A group of scientists from LiftPort Group Company in Washington is working on a space elevator, with the help of which construction materials for basing space station on Earth's satellite could be easily and cheaply delivered. Also, using the elevator it will be possible to deliver to the Moon other devices necessary for exploratory missions.

The company already has about 110 thousand dollars for the project. The representatives of the company predict that the lift can be developed by the end of 2019. It is expected that it will deliver the goods to the Moon without the use of rocket launches.

This construction will be based on the use of a rope, stretched from the surface of the planet to the orbital station. On this cable there will be fixed a special elevator, through which the goods will be delivered to the Moon.

It is to be noted that Konstantin Tsiolkovsky was the first one to come up with the idea of creating a space elevator back in 1895.

British scientists have recently presented a special project to drill wells on the Moon. In their view, the implementation of this idea will help to study the satellite of our planet.

In addition, recently there was held a test launch of Orion space shuttle, designed for manned missions to the Moon and Mars. Also, Indian scientists are working on the organization of the second research mission to Mars.