Shares
As reported, under strict secrecy the United States have tested a bullet controlled during the flight. 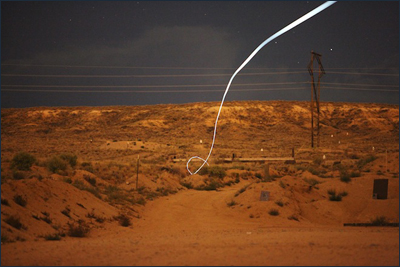 In the United States there was tested the bullet able to be controlled during its flight. Experts from the Pentagon believe that this unit is unique and will change the future of small-arms weapon.

This new 12.7-caliber bullet was named EXACTO (Exstreme Accuracy Tasked Ordnance). The experiments were conducted closed, so journalists are not provided with any details about what makes bullet change its trajectory after the shot. As reported in several U.S. media services, during the test the weapon was not pointed at the target intentionally, but the video shows that some of the bullets hit the target accurately.

It is reported that the project is strictly classified, and even the experts can not comment on how the bullet's trajectory is corrected. DARPA and other agencies of the Pentagon refuse to give any comments. The project continues its work, the goals of the new stage are "further refinement" and "efficiency improvement".

A few days ago on the Internet there appeared the news about new weapons of the U.S. Navy. American sailors have tested a robot fish.