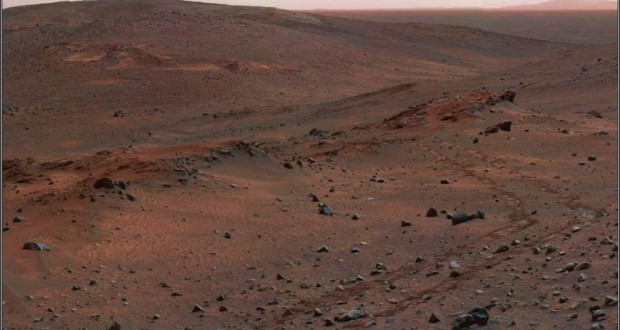 NASA reported on the new data from the Curiosity Mars rover, which found traces of methane. It is noted that the level of gas found in the Gale crater is less than it was expected.

NASA scientists believe that the gas is produced somewhere close to the finding, although they do not know where and how. "This temporary increase in methane sharply up and then back down tells us there must be some relatively localized source. There are many possible sources, biological or non-biological, such as interaction of water and rock," the Curiosity rover science team says.

With the help of the Mars rover's data, researchers have more reason to believe that there was life on Mars.

"We will keep working on the puzzles these findings present. Can we learn more about the active chemistry causing such fluctuations in the amount of methane in the atmosphere? Can we choose rock targets where identifiable organics have been preserved?" Curiosity project scientist John Grotzinger Curiosity said during the news conference at a meeting of the American Geophysical Union held yesterday, December 16.

Recently, on the surface of the Red Planet the Mars rover have found traces of the lake, where life could develop.