Scientists believe another world ocean exists under the earth

Shares
Scientists suggest that the supply of water under the earth may be similar to the world ocean. 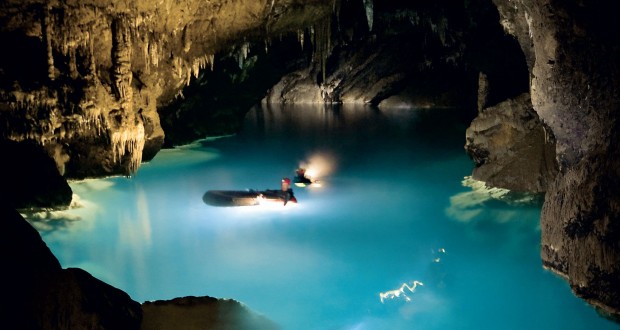 Under the leadership of Wendy Panero the scientists from the American University in Ohio have simulated deep physical processes carried out in the Earth's crust. During the study the experts came to the conclusion that under the earth"s mantle there may be hiding a huge supply of water, similar to the volume of the world ocean.

One group of researchers believes that the water had come to the Earth from the outside due to an asteroid or comet. Other scholars argue that the formation of water had occurred within the earth"s mantle.

American scientists managed to create the mathematical and physical model of our planet. They have concluded that due to specific chemical reactions linking molecules of hydrogen and oxygen, the Earth may contain a large supply of water, comparable only to that of the world ocean. Now researchers have to find out some details of the entry of water from the subsoil to the surface of our planet.

Earlier the scientists discovered a new species of fish, which lives at the depth of 8 kilometers. The researchers have discovered a unique fish with the camera while studying the Mariana Trench in the Pacific Ocean. The fish has wide translucent fins and eel-like tail allowing it to move at a steady pace along the bottom of the ocean.

The scientists have classified the fish to previously unknown type of Snailfish, a family of marine fish that are found in all oceans and include more than 300 species.