Shares
In the Mongolian Gobi desert there were discovered unique remains of the dinosaur era. 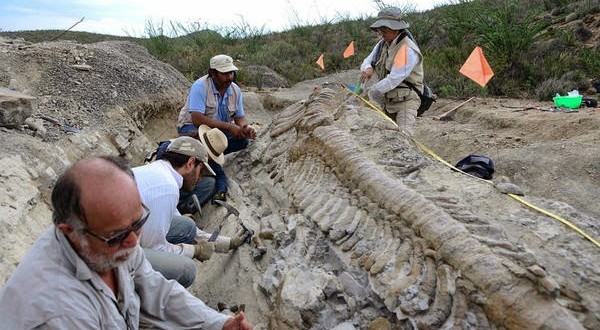 In Mongolia, during the research in the Gobi desert the local archaeologists together with American experts came across a unique find. They managed to find eggs and well-preserved dinosaur carcass, foreign press reports.

According to scientists, a finding will not likely to be not the only one as the inaccessible Gobi desert is fraught with many discoveries for paleontologists. Experts note that the depths of the desert itself store the largest "graveyards" of dinosaurs on the Eurasian continent.

The scientists have found the fossils of dinosaur carcass and eggs. However, the fragments of eggs are much less common than the remains. According to archaeologists, in the Gobi desert there are strong winds, so erosion takes place here and the remains of ancient animals are exposed.

It is to be recalled that recently in Siberia there was found the carcass of a mammoth. The scientists are already thinking of an idea to clone the animal, to revive the population of the species that had inhabited the Earth in the past. And in North America, paleontologists found the remains of a crow-sized dinosaur.