Shares
By identifying trends in the behavior of Vermivora, scientists were able to figure out how to predict natural disasters. 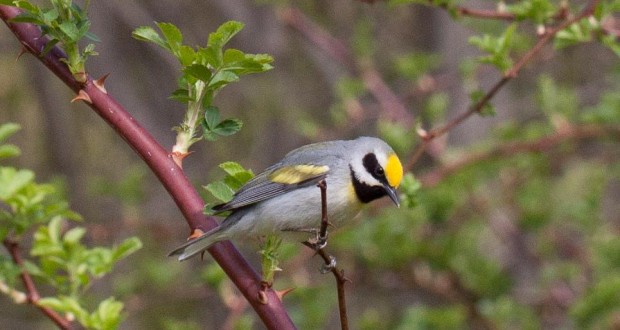 While observing the singing of birds American scientists have accidentally made a discovery, with the help of which it is possible to predict approaching of destructive tornado.

Back in May 2013 the scientists have attached sensors to the foot of twenty Vermivora birds. The birds migrated to Colombia for winter period, and in spring 2014 half of the birds returned. A short time after their return the territory of the United States suffered a strong tornado that took the lives of dozens of people.

Thus, ornithologists have developed a theory that songbirds feel the approach of a tornado and fly away from the places of their nesting on average 24 hours before it. Scientists believe that birds hear the bass drone, which comes from the approaching hurricane. A human can not hear it, but it is spread over thousands of kilometers from the source.

As is well known, not only birds can predict natural disasters. Domestic cats and dogs have repeatedly showed similar sensitivity.

Previously, scientists have concluded that the majority of modern birds appeared after the extinction of dinosaurs.