Life of Curiosity rover on Mars shown in a video

Shares
The video starts showing the shots, dated August 6, 2012, when the Mars rover landed on the planet"s surface, and ends with the last record made December 3, 2014. 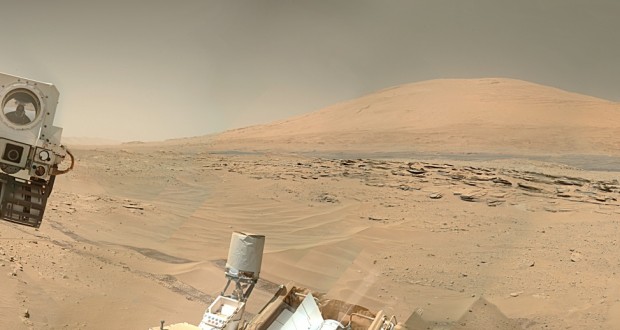 The New York Times published a video version of Curiosity's "life" on Mars within the project of the specialized publication "28 months on Mars."

After the video there is a brief description of the rover's mission and its main achievements during this time – starting with the discovery of traces of an ancient lake in the Gale crater and ending up with the first "selfie" on the Rocknest dune, where it has spent 6 weeks and took soil samples.

The video starts with the shots, dated August 6, 2012, when the rover landed on the planet's surface.

The video shows weekdays of the Curiosity rover during its stay on Mars. The last pictures are dated December 3, 2014.

Recently, NASA scientists announced that they want to extend the mission because of the questions having arisen during the operation.

Earlier it was reported that NASA scientists working with the Curiosity rover had recorded methane "burps" in the Martian atmosphere, and also found other organic molecules in the rock dust produced while drilling the surface of the Red Planet. These data may indicate the presence of living organisms on Mars.