Russia to fight with aircraft carriers

Shares
Difficult financial situation in Russia does not prevent the Russian authorities from implementation of its ambitious militaristic plans. At the moment, the Russians are working on the weapon to combat aircraft carriers. 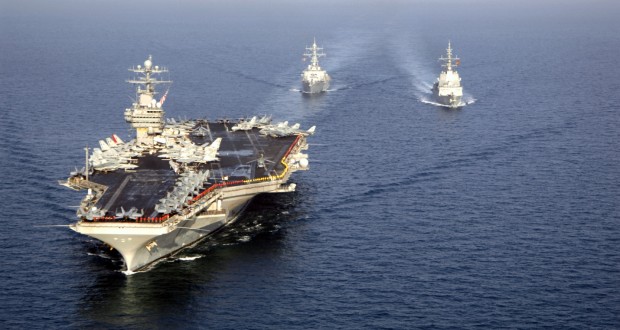 Russia is working on the combat underwater robots capable of attacking aircraft carrier groups. The work on the creation of new weapons should be completed in 2016.

"Now there is some work left, and as a result in Russia there will appear fighting underwater robots capable of destroying the enemy's aircraft carriers," Russian news agency TASS reports.

According to the agency, these robots will have such capabilities due to their small sizes and invisibility for the radars.

It should be noted, despite the crisis, Russia is building large-scale plans for space exploration. The Russian Federation is planning to create its own International Space Station and spaceport.

However, so far, not everything goes well. The construction of the Vostochny Cosmodrome, a Russian spaceport, which is currently under construction on the 51st parallel north in the Amur Oblast, in the Russian Far East and Outer Manchuria, is behind schedule. In addition, as a result of the sanctions the Russian space program will face shortage of spare parts for electrical engineering.