Shares
NASA scientists started talking seriously about the possibility of colonization of Venus using airships. It is assumed that people will live at the altitude of 50 km above the planet"s surface. 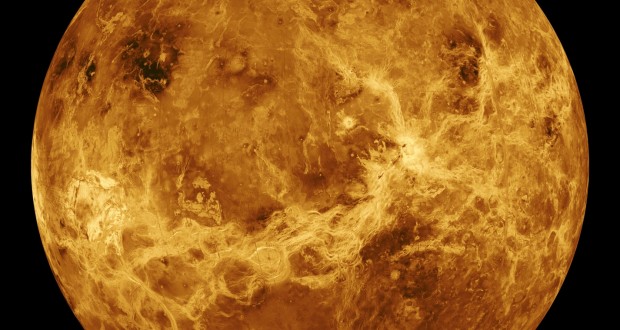 Despite the unfavorable conditions for human life on Venus, NASA representatives plan to create human colonies on this planet.

The atmospheric pressure on the Venus surface is about 90 times higher than on Earth, the average surface temperature reaches 450 °C, while the "atmosphere" consists of 95% carbon dioxide and sulfuric acid. Also earthquakes, lightning and volcanic eruptions occur very often on the planet.

However, NASA representatives don't consider such conditions as obstacles – now they are preparing the HAVOC project for colonizing Venus, according to which human settlements will be set at the altitude.

The idea lies in the construction of huge airship, which will be located at the altitude of 50 km above the surface of Venus. It will allow people not to interact with the hazardous atmosphere of the second planet from the Sun.

The conditions within this settlement will be quite acceptable. It is planned to create 85% Earth's gravity and the temperature regime familiar to the inhabitants of Earth.

The project of colonizing Venus has been triggered by a lot of facts. Its dangerous closeness to the Sun can be an advantage in collecting energy through solar panels to satisfy the colonists' needs for energy resources. In addition, the distance between Earth and Venus is half as big than between Earth and Mars. However, recently, much attention has been drawn to this very planet.