UFOs in the Chilean sky

Shares
Another UFO was seen by people who had a camera at hand. A group of unidentified objects was recorded in the sky over Santiago. 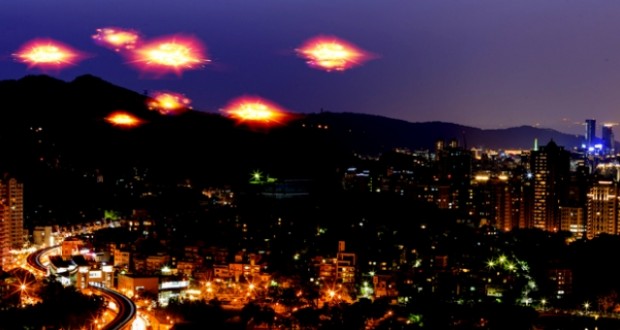 On the Internet there was posted a video with, according to the author, a fleet of alien UFOs. According to witnesses, a group of spacecraft flew over the capital of Chile.

An expert at the UFO Sightings Daily portal said that he had seen similar aircraft in 1990 over Taiwan. He stressed that UFOs can not be seen day or night, because they disguise, but they can be seen at sunset.

Earlier it was reported that the residents of Columbia have recorded a UFO on camera. The video posted on the Internet shows a "flying saucer" unnaturally moving in the sky above the forest.

From the distance, it is not clear what kind of object is in the sky. However, when reviewing in detail it becomes clear that this is a UFO similar to the "classic" flying saucer of the aliens.