Home / Tech / Nokia is back

Shares
Nokia has plans to recover its former position in the market of smartphones, but many experts note superficial resemblance of new gadgets of the Finnish manufacturer with Apple devices. 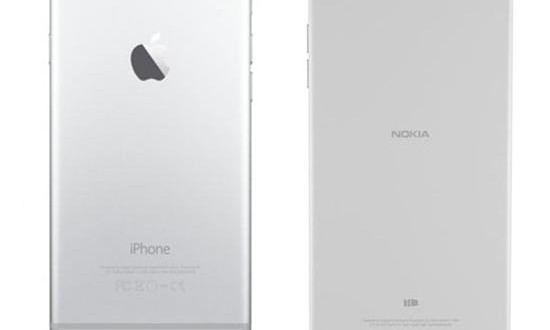 It was previously reported that Nokia has finally left the market of mobile devices. Recently, however, there appeared rumors that Nokia intends to release its own smartphone without Microsoft. Now these assumptions are confirmed.

In the images there is Nokia C1, which, as you can see, looks like iPhone 6. Some users have already criticized the Finnish manufacturer for significant similarity of design with the apple smartphone. It is to be noted that Foxconn, a longtime Apple's partner, was involved in the development of Nokia C1. The smartphone is designed in the style of Nokia N1 tablet, presented in November last year. 7.9-inch tablet running Android looks very similar to iPad mini. According to rumors, in the configuration of Nokia C1 includes the quad-core Intel processor with 2 GHz clock frequency, 2 GB of RAM and 32 GB of internal flash memory, 5-inch display with the resolution of 1280 x 720 pixels, camera resolution of 8 and 5 megapixels.