Shares
Japan decided to open a hotel where almost all of the work will be performed by robots. The most amazing thing is that almost everyone can stay here since the prices at the hotel are going to be democratic. 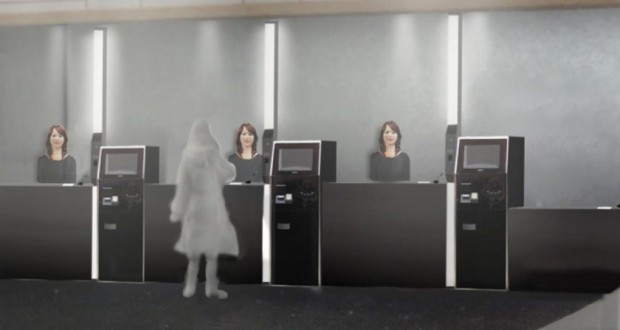 No wonder Japan is associated with high technology and it is confirmed by Henn-na Hotel, which is planned to be open in the theme park Huis Ten Bosch in Nagasaki. This place will be robotized to the max. It is also reported that the first 72 rooms will be available to guests in July of this year. And in 2016, another 72 rooms will be opened.

First, robots will be used instead of administrators. Three robots with the most human look will meet guests. The authors of the project argue that in addition to the required functions, the robot will be able to keep up a conversation with visitors. Moreover, in the hotel there will work four mechanical clerks. And, of course, the robots will wash and clean.

Hideo Sawada, the president of the park, where the hotel is located, said that he wanted to create the most spectacular hotel in the world. The company plans to build 1,000 such hotels all over the world. It is assumed that in such building up to 90% of work will be performed by robots.

Even the rooms will be equipped with technology. Facial recognition system will not allow anyone to disturb you and enter your room without permission.