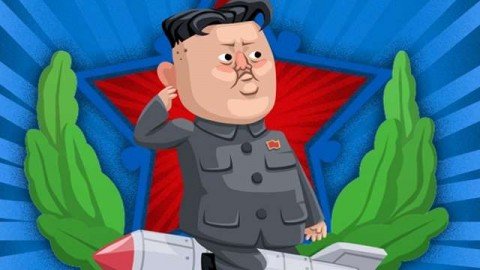 Developers took the popular game 'Flappy Bird' as the base, but instead of birds the users will have to control the movements of Kim Jong-un flying to the West riding a missile, Sky News writes.

It is noted that initially, Apple refused to distribute the application, finding it "defamatory, offensive, mean-spirited, or likely to place the targeted individual or group in harm's way." However, the game's creator Mike Pagano addressed to the company with a request to add 'Little Dictator' to the Apple Store, and proved that the application was "light-hearted satire", it was "not mean spirited" and there was "no outward negativity" towards North Korea or Mr. Kim.

Also Pagano said that with the help of the game he would like to draw people's attention to the policy of North Korea, where, according to him, people live in poverty, and the authorities are conducting a smear campaign against the West.